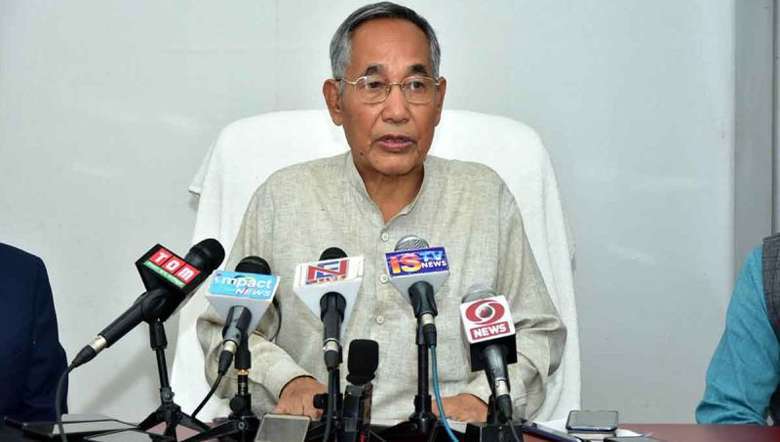 In what could be a sign of reconciliation between coalition partners, National People’s Party (NPP) and the Bharatiya Janata Party (BJP) in the Manipur government, three portfolios have been reallocated to Deputy Chief Minister Y Joykumar of the NPP.

Joykumar has been entrusted with the charge of Finance, Science and Technology and Economics and Statistics, as per the government notification issued by the chief secretary on Sunday.

The portfolios were reallocated two days after Chief Minister N Biren returned from his visit to New Delhi to meet BJP central leaders.

Subsequently, the chief minister had taken over all the portfolios that were held by Joykumar and the latter remained a deputy CM without any portfolios.

Internal crisis within the BJP-led coalition government has been surfacing from time to time. Recently, the crisis escalated to the extent of the government being rendered a minority when the four NPP legislators parted ways with the BJP and withdrew support to the government on June 17. Three BJP MLAs and one each from AITC and independent also withdrew their support on the same day.

A series of talks between the NPP and the BJP followed for resolving the political crisis that unfolded amid the surging number of COVID-19 cases.

NPP’s chief Conrad Sangma and NEDA convenor Himanta Biswa Sharma of the BJP landed in Imphal to solve the crisis that already became a deadlock when L Jayantakumar of NPP declared that there will be no room for negotiation.

The standoff was ultimately solved following talks with BJP national president JP Nadda and Union Home Minister Amit Shah and the four NPP legislators expressed support to the coalition once again on June 25.

Meanwhile, according to the government notification, the chief minister has retained at least 13 portfolios.

Regarding the cabinet berths of the other three NPP legislators, the chief minister had earlier hinted that their resignations are yet to be accepted by the government and will likely continue with the charge they were earlier entrusted with.