The Manipur Government Services Federation (MGSF) also demanded extension of service benefits to the employees of all grants in aid bodies under the state government, including the benefit of pay revision as per the Seventh Pay Commission recommendations. 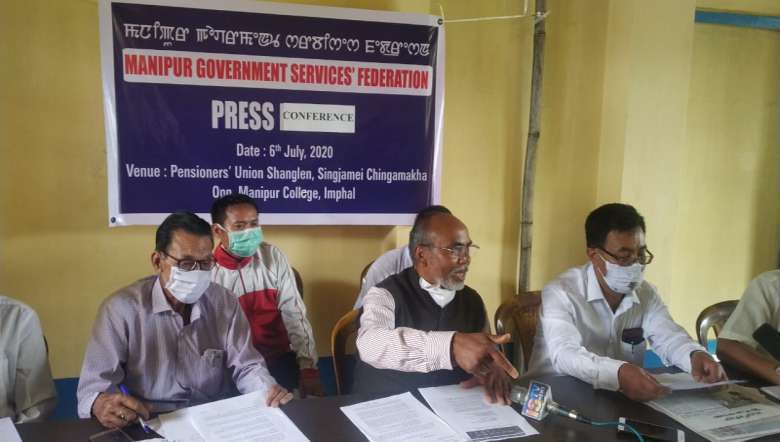 The Manipur Government Services Federation (MGSF) has demanded full implementation of the Seventh Pay Commission recommendations by enhancing the Dearness Allowance and Dearness relief (DA/ DR) rate at par with that of central government employees.

The federation also demanded extension of service benefits to the employees of all grants in aid bodies under the state government, including the benefit of pay revision as per the  Seventh Pay Commission recommendations.

Speaking to the media at Pensioners’ Union Shanglen, Singjamei on Monday, vice president of MGSF, Laishram Sarat Singh said that DA/DR for the central government is 17 per cent while that of the state is only three per cent. He then demanded settlement of all disputes regarding pay anomalies within a definite timeframe, probably within a period of three months.

The MGSF president also said that promotion avenues should be created for stenographers working in various departments under the state government other than Manipur secretariat. There should be revision of pay of the college teachers serving in government colleges as per the UGC 7th Pay Regulation 2018 as announced by the chief minister on February 11 2020, said Sarat.

Sarat stressed that the process of framing rules and regulations of employees absorbed under the state government from various organisations should be completed and the benefit of 7th pay revision should also be extended for them.

Sarat further said that 10 per cent secretariat allowance of the Manipur secretariat employees should be restored and demanded to complete the process of regularization of work charged and casual/ muster roll employees of all engineering departments.