I’m also pleased to announce that the Govt. of Manipur will also reduce VAT on petrol and diesel each by Rs 7/- with immediate effect: CM Biren 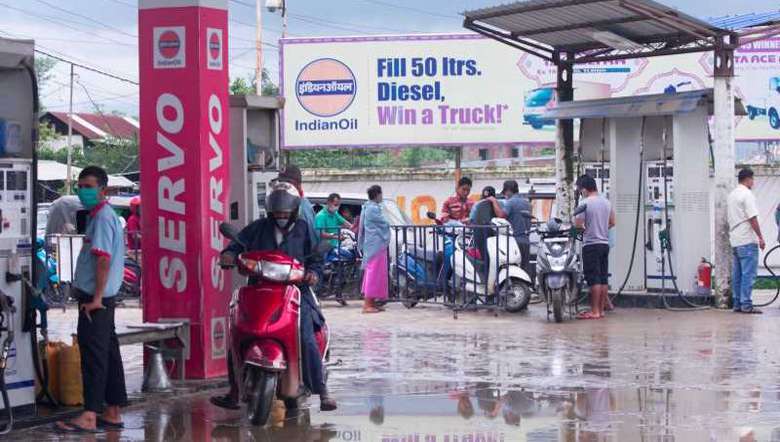 According to a notification issued by the Ministry of Finance on Wednesday, the excise duty on petrol will be reduced by Rs 5 and that of diesel by Rs 10 across the country effectively from Thursday.

Another notification issued from the same department stated that in exercise of the power conferred under Section-22 of the Manipur Value Added Tax Act, 2004, the state government has modified VAT rates on High Speed Diesel (HSD) and Motor Spirits (MS)- petrol excluding aviation turbine fuel, spirit and gasoline.

The new VAT rate for HSD and MS will be 13.50 per cent and 25 per cent respectively with effect from Thursday, it stated.

Chief Minister N Biren Singh tweeted: “Heartily welcome PM @narendramodi  Ji’s decision to reduce excise duty on petrol & diesel as a gift to the people of this Nation on this Diwali.

I’m also pleased to announce that the Government of Manipur will also reduce VAT on petrol and diesel each by Rs 7/- with immediate effect.”

Petrol price in the state had increased for eight consecutive days. On October 26 the price of petrol was marked at Rs 108.89 per litre, however with continuous increase, its price was marked Rs 111.41 on Tuesday.

Meanwhile, the price of diesel also increased for seven consecutive days starting from October 26. Its price was Rs 97.17 on October 25 but was increased to Rs 99.39 on November 1.