Palm oil is one major species which can make a change due to its high productivity. But the issue is whether it is suitable for the state of Manipur? Without doing any study, forcing down the throat of the farmers smacks of authoritarianism as no study has been carried out as to its suitability. 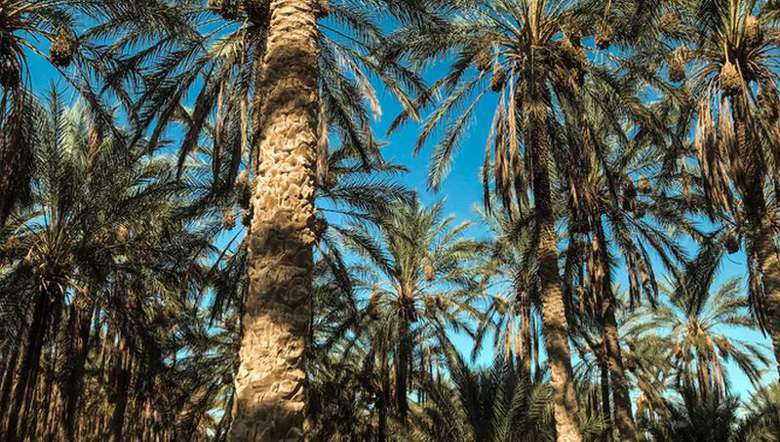 It was quite surprising to learn about the statement made by the State Consultant on Oil Palm that there is no scientific evidence that oil palm plantation impacts on biodiversity. It would be perhaps erroneous to believe that he is unaware of the bodies of literature available on the topic, when there are a few meta-reviews. Biodiversity covers a huge canvas and all aspects are yet to be studied but various studies have been carried out on the impact oil palm plantation had on arthropods, birds, plants, etc. If he is unaware of the body of available literature, it indicates that either he does not know what he is speaking about and has failed to keep track of the developing knowledge on the topic he is supposed to advise the state government.

The Oil Palm mission is fuelled by agri-scientists who insisted that plantations can be carried out without encroaching on forest land, using only wasteland. The only problem in this approach is that most of them are not well versed in the field of biodiversity and the interconnection between the different species and are solely concerned with the reduction of palm oil imports; which no doubt is a big drain on the foreign exchange reserve. There is no doubt that it is highly profitable and has changed the economy of countries like Malaysia, Indonesia, etc but at what cost was just not studied? The reason why some districts of Andhra Pradesh have even uprooted growing oil palm plants need to be understood before starting in Manipur. One major reason is that it is a water guzzler requiring 120-150 mm of water every month throughout the year. No one talks that water stress reduces photosynthesis and that it stops its growth! A minimum of 90 litres of water per plant needs to be provided as supplemental irrigation per plant per day during the lean season. Its advantage is that it is not only high yielding but harvest is an ongoing process with no specific season, though one of its disadvantages is that extraction of oil must be carried out within 24 hours of harvest.

The claim of the agri-scientists is perhaps due to the classification of waste land where active jhum land, abandoned jhum land, and regenerating jhum land are all included as wasteland. This is illogical as jhum land is productive, abandoned jhum land will in a few years become open scrubland, then dense scrubland and then finally forest; in other words undergoing a series of processes to regenerate itself as a forest. If such areas are excluded the land which is really wasteland is limited and the claimed 66,000 ha available for plantation will just not be there. Many of the identified areas are not so easily approachable and the communication link will ensure many which just can’t be planted as it will not be possible for the produce to reach extraction plants within 24 hours.

In a meta-review published in 2014 in Environmental Evidence after analysing 25 scientific articles, the authors came to the conclusion that oil palm plantations have reduced species richness as compared to primary and secondary forest and the composition of species assemblage changes significantly after forest conversion to oil palm plantations. The authors also observed that there are still knowledge gaps due to lack of research. The publication of the Centre for International Forestry Research which is an expanded version of the review referred to above came to the same conclusion with potential implications on biodiversity conservation, policy and planning management and potential implication of research highlighted. There are even reviews on limiting biodiversity impacts of oil palm plantation where the role of the civil society was reemphasised. The International Union for Conservation of Nature (IUCN) brought out “Oil Palm and Biodiversity” where it was concluded that the current analysis indicates significant impact on biodiversity and suggested a series of measures to mitigate this.

Many other narratives have also been brought in through numerous articles wherein claims were made that Palm oil is free from trans-fats, in fact most of the edible oils have very little trans-fat, it is mostly present in hydrogenated fats like vanaspati. That it contains a special type of Vitamin E tocotrienol; without knowing what the speciality is. Vitamin E is a group of compounds which are divided into tocopherol and tocotrienol the difference between the two is the presence of a double bond in the latter and that for each there are four types- alpha, beta, gamma and delta. Coconut and a few other oils also contain tocotrienol. Palm oil has a high smoking point therefore is better for frying. Heating past the smoking point releases free radicals and acrolein-the chemical which gives burnt food its acrid flavour. Refined oil has a higher smoking point than virgin oil; though the latter has higher minerals, vitamins and enzymes content. Coconut oil has a low smoking point at 175°C, while mustard oil is at 205°C, Soybean oil at 230°C, Rice bran oil at 260°C and Safflower oil at 265°C against 235°C of palm oil. Nobody indicates that 50 per cent of the total fat in palm oil is saturated fatty acids, with about 39 per cent monounsaturated and 11 per cent polyunsaturated fatty acids. As compared to, mustard oil has 59 per cent mono, 21 per cent poly and 11 per cent saturated fatty acids. Saturated fatty acids are claimed to be bad for the heart, though this interpretation is too simplistic. Another claim is that it need not be a monoculture crop and intercropping can be carried out as experimented in Andhra Pradesh. However, in the main growing region of the world, intercropping is done only during the first two or three years and once fruiting is allowed no intercropping can be carried out. The reason is that the intercrops interfere with harvesting, which is carried throughout the year. Once intercropping is stopped weeds are managed mainly by using glyphosate and paraquat and run offs can impact on the neighbouring areas.

One has to acknowledge that the growing demand of edible oil and even bio-fuels have to be met and palm oil is one major species which can make a change due to its high productivity. But the issue is whether it is suitable for the state of Manipur? Without doing any study, forcing down the throat of the farmers smacks of authoritarianism as no study has been carried out as to its suitability. The spread of rain in Manipur is limited whereas in Malaysia and Indonesia the rain is spread all through the year and supplemental irrigation needs are minimal. Therefore in Manipur, supplemental irrigation during the dry season will be necessary for a good crop and as most of the identified areas are slope-land, pray how will irrigation be made available? Even for the existing Rabi and kharif crops in the central plains, there are very limited irrigation facilities. In fact during 2021 due to scanty and intermittent rainfall, in many parts of the state, paddy crops are not bearing fruits as water just could not be provided during critical periods.

Just because the Government of India propounds a scheme does not mean Manipur should swallow it hook, line and stinker. It should not be fooled or attracted by the huge amount of subsidy available. What the state needs to do is to assess its suitability and whether it will benefit the people, especially in this case the farmers. Will the ecological disturbance be manageable, and if so, what are the mitigation steps that need to be taken to minimise the impact on the ecology and biodiversity. Is the carbon footprints and the ecological effect too much to be taken up? Has all aspects been studied and a workable protocol been developed? Good practices like growing legumes for one year before transplanting oil palm seedlings, types of inter crops during the first few years of plantation, availability of water, probable conflict between farmers and mills, probable land grab by big farmers and companies from small farmers, etc are just glossed over. From the way the state government is doing, the scheme is unlikely to succeed and those farmers involved may lose heavily in the bargain. What happened in Mizoram first needs to be analysed and then outline mitigation steps before embarking on this costly and risky business?

The PM in COP26 talks about ‘one world’ and claims that climate change has impacted the agriculture sector. Very true but climate change which is a natural phenomenon is greatly assisted now by anthropogenic causes. Internationally saying one thing and doing the opposite in the country. Like Oil palm plantation and proposed changes in the Forest Conservation Act to make encroachment on Forest in the name of development!