ATSUM president urged the tribal community to stand united until the tabling of the bill in the assembly is achieved. 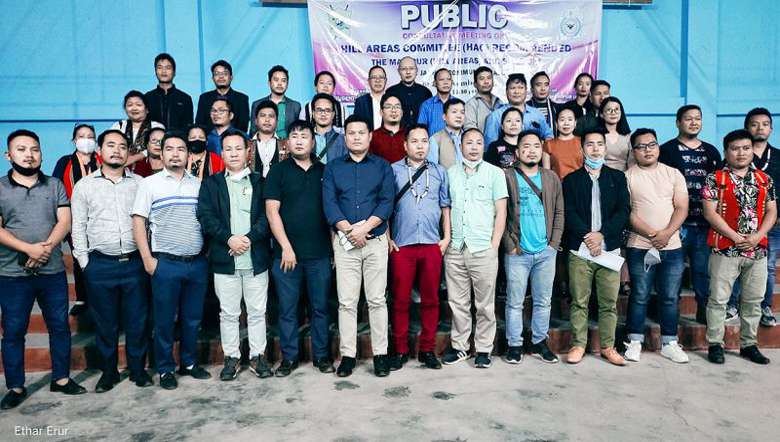 ATSUM president Paotinthang Lupheng in his keynote address emphasised the importance of the ADC Bill 2021 and the need to be tabled in the Manipur Legislative Assembly Session.

Leaders who advocate the bill should be re-elected, he stated. He urged the tribal community to stand united until the tabling of the bill in the assembly is achieved.

CNPO president David Boyes mentioned that deprivation at times unites people. “Let our objectives be cleared and strive forward to achieve our goals. Let us understand the ADC Bill matter seriously and support our leaders,” he mentioned.

ANSAM president Wanglar Thiirtung appealed to all the tribal communities to support the leaders collectively to achieve their demands.

KSO general headquarters general secretary Stony Seiboi expressed their full support and cooperation for ADC Bill 2021 to be tabled in the Manipur assembly.

MLA and HAC member Alfred Kanngam Arthur highlighted the many inadequacies and injustice the tribal communities have been facing.