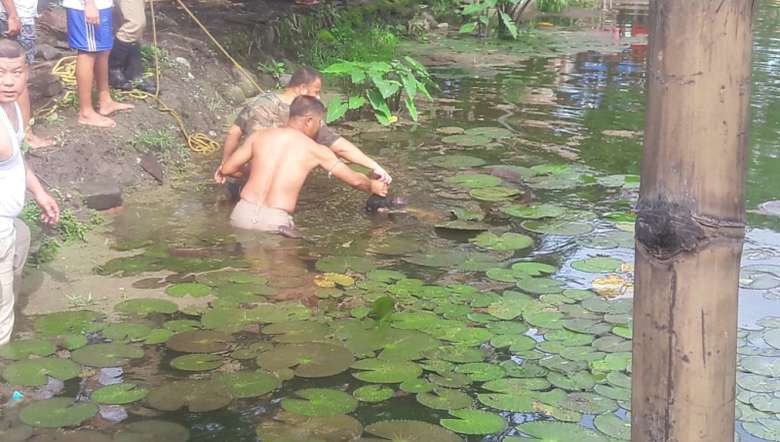 A woman reportedly drowned at Lalambung Pukhri Achouba (local pond) on Sunday morning. It is suspected that she fell into the pond while attempting to pluck water lilies, sources said.

Locals say Memcha usually goes to take bath at the said pond in early morning. She went as usual but when she did not return in time, the family member informed the local club members. Family members along with locals started searching for her in the surrounding areas and in the pond.

The locals informed the Manipur Fire Service and started searching in the pond. Later at about 8.30 am, her body was found from the pond and it was fished out.

Advisor of Lalambung Makhong Youth Volunteers Association, Takhellambam Lokendra told the media that she might have drowned while attempting to pluck water lilies from the pond. He further said that the local clubs of the surrounding and Meira paibis (woman folks) had made an announcement that any sort of activities, including bathing inside the pond without the knowledge of local club has been already banned

Lokendro appealed to the people not to carry any sort of activities, including bathing without the concent of the said local club.