The Draft Photo Electoral Roll of the 60 Assembly constituencies of Manipur was published on Monday at the concerned Electoral Registration Office, as per the schedule fixed by the Election Commission of India (ECI). 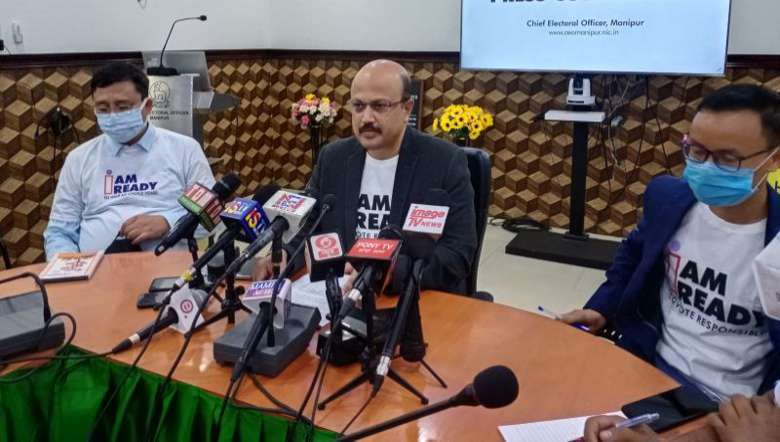 Female population in Manipur are more proactive in registering themselves in the electoral roll as the number of females turns out to be more than male in the Draft Electoral Roll, 2021, said chief electoral officer (CEO) of Manipur Rajesh Agrawal.

The Draft Photo Electoral Roll of the 60 Assembly constituencies of Manipur was published on Monday at the concerned Electoral Registration Office, as per the schedule fixed by the Election Commission of India (ECI).

Print out and DVD copy of the draft electoral roll will be made available free of cost to the recognised national and regional political parties, he said.

The EP ratio in the valley districts is 62.75, however it is lower in the hill districts such as Senapati and Kangpokpi which is less than 40, he added.

With the publication of the draft electoral roll, a special summary revision will be held from today till November 30, he said adding during this period, one can enrol, delete from, make corrections and apply for transposition of his or her name in the electoral roll.

He said to oversee the special summary revision, three officers of the commissioner level have been appointed as electoral roll observers.

A meeting was also convened with all the recognised national and regional political parties and had briefed them about the schedule of the special summary revision. Moreover cooperation was sought from all political parties to make efforts in enrolling all eligible citizens and to take adequate steps for free and fair election, he added.

Rajesh urged the eligible voters to take the opportunity of the special summary revision and get enrolled in the voter list.

The CEO further informed that first level checking of EVMS has started wherein 44 engineers from Electronics Corporation of India Ltd are currently deployed.

FLC of EVMs in respect of Jiribam district has been completed, the FLC process is likely to be completed for the remaining districts soon, continued Rajesh.

A team from ECI led by deputy election commissioner Nitesh Vyas visited the state recently and saw the preparedness of conduct of elections, he stated.

Besides interacting with the ROs and nodal officers, he also held meetings with the chief secretary and DGP and discussed various issues including security aspects, added the CEO.

Moreover all the district level officers have been instructed to visit all the selected polling stations to check if all the necessary infrastructure is present, he added.

Further informing that a special campaign will be held on September 13,14, 27 and 28, the CEO asked the public to take the opportunity and discuss their doubt by consulting with the BLOs.