Manipur Congress vice-president Kh Ratankumar said that Subhachandra had announced about the resignation in an earlier press conference on June 17. 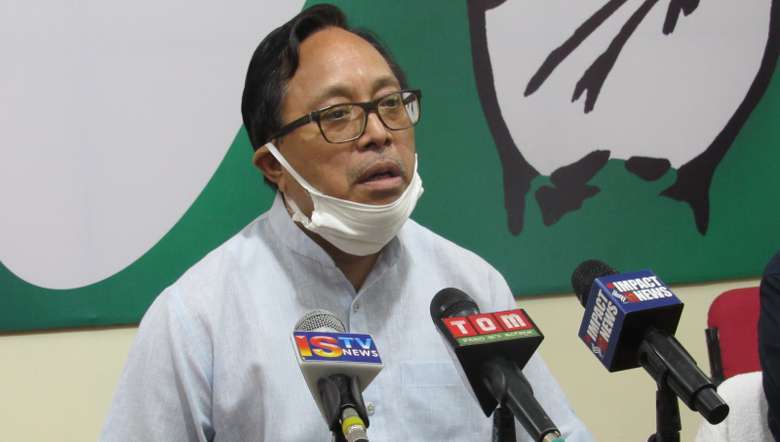 The allegation made by former Manipur MLA S Subhachandra against state Congress that he had submitted his resignation from the BJP primary membership and MLA under the pressure of the Congress is baseless as he had already announced for the resignation to media in an earlier press conference.

State Congress vice-president Kh Ratankumar was speaking to the media on Sunday at a press conference held at its party office in Imphal. He said Subhachandra was elected in the recent general assembly election from Naoriya Pakhanglakpa assembly constituency under the BJP ticket.

In one local news publication on Sunday and in various social media platforms, Subhachandra mentioned that he had submitted his resignation letter from the primary membership of BJP and MLA of Naoriya Pakhanglakpa under the pressure of the Congress.

Ratankumar said the information he gave to the media on Sunday publication is baseless but he himself announced in an earlier press conference on June 17 about the resignation.

In the publication, it is also mentioned that Subhachandra will move an appeal to the high court of Manipur to withdraw the resignation order issued by secretary, Manipur Legislative Assembly on June 18, said Ratankumar. He said as the matter has reached the high court, the decision will be taken by the court. But it is self-evident that Subhachandra himself made the announcement to the media on his resignation from primary membership of the BJP and being an MLA, he added.

Ratankumar further said the press conference held on Sunday was conducted under the direction of state Congress committee president M Okendro to clarify that the allegation made by Subhachandra is baseless.