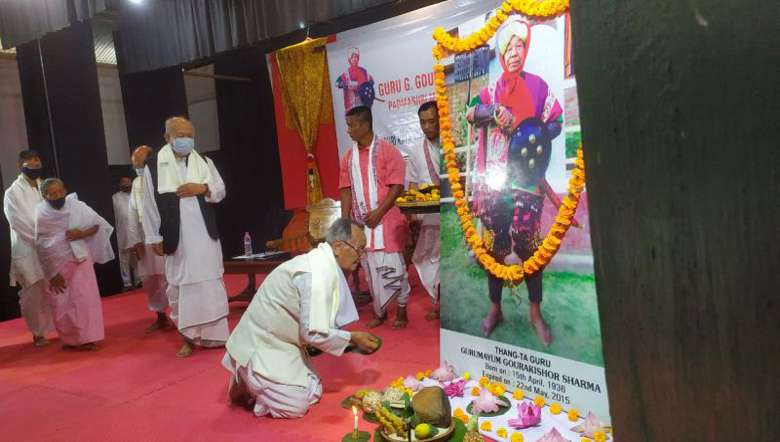 As a part of the function, floral tributes were paid to Guru G Gourakishor Sharma.

Attending the function as chief guest, former vice-chancellor of Manipur University S Tombi recalled the role played by Gourakishor in promotion and preservation of Thang-Ta which is an age-old martial art form of Manipur.

He said that Manipur is known foGuru G Gourakishor Sharma Padmashree r its rich art and culture and in this field, Thang-Ta is inseparable from the state. To preserve the art form, youths have to play an important role. He also mentioned producing more research work on Thang-Ta.