How to pray right and turn the pandemic around

Prayers can do wonders. Especially in times of troubles, when everything fails, prayers remain our only means for help. 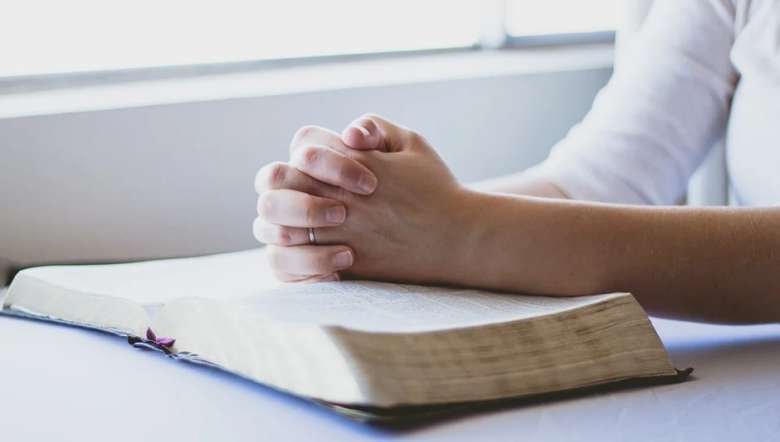 Coronavirus is here to stay. The world is buzzing with the hard fact as it struggles to contain the spread of the virus that has reached every nook and corner of the world now, in over six months of its detection. The number of infected persons is rising and the spread is growing wider every day. But can we turn this pandemic around? Doubtful, many would say. But, perhaps, there is a way. Perhaps, we can and the answer lies in prayers. We know that prayers are powerful. Prayers can do wonders. Especially in times of troubles, when everything fails, prayers remain our only means for help. But are we praying it right? While some prayers work, there are unanswered prayers too.

During this pandemic, what we need is effective prayers to turn the tide around. And for prayers to be effective, we need to pray right. What then is the right way to pray? How can we make our prayers powerful and effective?

Do it God’s Way

We must begin with submitting ourselves to God, by confessing our sins. Begin with personal repentance and renewed consecration to God.

Do this in times of crisis

The book of 2nd Chronicles is so appropriate to our current crisis. Notice the setting in Chapter 7:13. In times of crisis, do this! "When I shut up heaven and there is no rain, or command the locusts to devour the land, or send pestilence among My people, if My people who are called by My name will humble themselves, and pray and seek My face, and turn from their wicked ways, then I will hear from heaven, and will forgive their sin and heal their land."

Remember that it’s not the volume of prayers that gets God’s ear; it’s a submitted, obedient heart. We can miss the point of it all if we jump right into rebuking the devil. First, we must get into a right relationship with God. Then we can assert authority against the devil and the disease.

We have a lot to learn from the prayer of Daniel in the Bible who was taken captive and brought to Babylon during Nebuchadnezzar’s first campaign into Jerusalem in 605 BC when he was only a teenager. He was thrown into the lion’s den for refusing to quit praying to God. While Daniel, just like any other man, was not perfect and was a sinner in need of God’s grace, he may very well be one of the most righteous men who ever lived. Unlike pretty much every other figure in the Bible, we find nothing negative written about Daniel in the Scriptures. But even though to a large extent “it’s not his fault”, Daniel put on sackcloth and ashes and fasted and prayed fervently to the Lord.… [Daniel 9:4-19]

Five things we can learn from Daniel’s prayer

Understanding God’s will and timing and responding to God’s Word: It’s important to note that before Daniel started praying, he spent time reading the writings of Jeremiah. Jeremiah prophesized why Israelite would be exiled and for how long…70 years. After hearing God’s voice, Daniel could now pray based on what God revealed, His will and timing.

By reflecting on God’s character: Daniel didn't begin his prayer by immediately asking for things. Instead, he focuses on God’s character and gives all praises: “O Lord, the great and awesome God, who keeps covenant and steadfast love with those who love him and keep his commandments…” (v. 4) He primarily gives attention to God’s righteousness. He also speaks of God’s mercy and forgiveness.

So, we see here that Daniel has a healthy balanced understanding of God’s character. God is a loving God who keeps His promises and extends mercy and forgiveness. But at the same time, He is a just God who requires judgment for man’s sins.

By refusing to blame: It would have been so easy for Daniel to look around and put himself on a pedestal and complain that all the problems that Judah was facing were a result of what everyone else had done. But though it wasn’t his personal sin that had caused Judah to go into captivity, Daniel understood that he was a part of that whole. So, 32 times in this prayer he associates himself with the people of Judah.

By requesting God’s mercy: Daniel knew that Judah completely deserved their exile. All he can really ask from God is that God will treat him and his people with mercy. And he pleads for God’s great mercy.

By relishing God’s glory: Why Daniel prayed this prayer. What was his motivation? His prayer was clearly not about how he was going to benefit personally. Daniel’s request here is that God would act in His own best interest so that He would get the glory. Daniel understood that the people of Judah had become a byword to the surrounding nations. To the surrounding nations their exile made it look as if God had either abandoned them or was too impotent to take care of them. So, Daniel’s prayer was that God would forgive, not so he or his people could have a better life, but rather because that would restore the testimony of God’s people.

Today, we certainly have people praying for God’s mercy. But many of us tend to pray for our own self-interest rather than for God’s interests and God’s glory.

The government is making efforts to lead us through this crisis. However, that is not our ultimate source of safety. “Some trust in chariots, and some in horses,” David said, “But we will remember the name of the Lord our God” (Ps.20:7).

God can create something out of nothing. He can speak galaxies into existence. He can turn water into wine. He can feed thousands with five loaves of bread and two small fishes, and do it without going into debt. If you need manna, He can rain it down from heaven. If you need water, He can bring it out of a rock. His resources are unlimited because He is infinite and omnipotent.

Make sure you keep your eyes on God as you walk through this crisis. His eye is on the sparrow, and He is watching over you.