Problems mount for students from outside state as COHSEM reschedules examination

In view of the upcoming JEE and NEET examinations, COHSEM notified on May 19 that the remaining papers will be rescheduled on July 6 and July 7. COHSEM also announced the examination results on July 15 on Saturday. 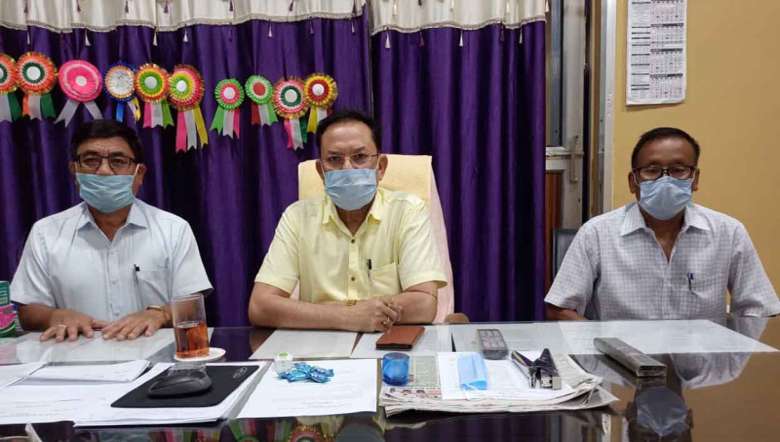 The rescheduling of Class XII exam by the Council of Higher Education of Manipur (COHSEM) for remaining subjects on Monday and Tuesday has added to the woes of  students hailing from other states.

The Class XII examination conducted by COHSEM which began on February 14 was postponed due to the COVID-19 pandemic.  In view of the upcoming JEE and NEET examinations, COHSEM notified on May 19 that the remaining papers will be rescheduled on July 6 and July 7. COHSEM also announced the examination results on July 15 on Saturday.

The decision has caused uncertainties to some sections of students who hail from other states as authority concerned has allegedly not taken up any alternative arrangement for them.

In an interaction with the Imphal Free Press over the phone, a student from Arunachal Pradesh on the condition of anonymity said that being a student, he takes the Class XII examination very seriously.  So that he may not miss out the examination, an approval was taken from officials for coming to Manipur and appearing in the examination.

“We are around seven students staying in rented houses and studying in the same school in Manipur and appearing for class XII examination. We took permission from the higher authority of our state to come into Manipur. However, they gave permission for going only up to Assam. As our main concern is to appear for the examination on the rescheduled date, we decided to take risks and leave Arunachal Pradesh on July 2, by setting aside our fears of COVID-19 or lockdown,” he stated.

He narrated that with a lot of difficulties, they managed to reach Dibrugarh on Friday morning by a private vehicle, spending a sum of Rs 28,000 during their journey. But unfortunately, they had to turn back as they found out that the village authority was not allowing any outsiders from entering the village where their rented houses are located.

“We are going through panic. We are in a dilemma on whether we will get the chance to appear in the examination or not after the pandemic situation calms down,” he lamented.

He continued that their school authority has put best efforts so that they may anyhow appear in the examination. The school authority made arrangements for a place to hold for them, he further said adding their admit card and school uniform are still lying in their respective rented houses.

"Some of my Manipuri friends who stay near my rented house informed us that their village authority is strictly not allowing any outsiders. They even warned that any rent owners who allow their tenants to return back will be fined a sum of Rs 50,000,” he stated.

He continued that as per the strict norm of the village, they cannot come. As a last resort, the school authority requested COHSEM to conduct a special examination for students from other states. So far, no information has been shared or official notification has been released from COHSEM.

A student from Assam who has to appear in the rescheduled examination said that the sidelining of students from outside by the authorities has been very unfortunate. The authority concerned should also take up special arrangement while rescheduling the examination, he said.

He continued that just moving around in his own locality during the lockdown is such a challenging task. The examiners should understand the difficulties which an outsider has to encounter while coming to Manipur from Assam, he added.

To clear the uncertainty faced by the students, IFP went to the COHSEM office. But the official concerned behaved in an unruly manner saying that a press meet was held some while ago. Unfortunately, the IFP did not get any information from authorities concerned for the said press meet.

The exam was started on February 14 and it was postponed after March 18 due to COVID-19 pandemic. Examination for most of the major papers was completed. The examination for only seven subjects is yet to be conducted.  The subjects are Engineering Drawing, Sociology, Thang-Ta, Elective English, Elective Bengali, Elective Hindi and Elective Manipur.

The number of students to appear on July 6 and July 7 are 3,618 and 547 respectively. The examination was being held in 101 centres and 29,144 students from different streams including Science, Commerce and Arts were appearing.