The Union minister also said that women power (Matrashakti) of the Northeastern region is taking a lead in all spheres of economic activity. 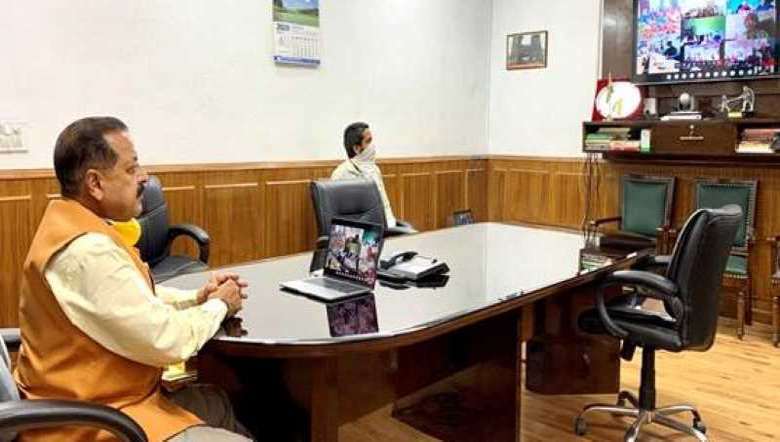 DoNER Minister Jitendra Singh speaking at a webinar on July 4, 2020

Northeastern region will take a lead for India to emerge as an economic power with the support of its huge natural and human skill resources in the Post-COVID era, said DoNER Minister Jitendra Singh said on Saturday.

The Union minister also said that women power (Matrashakti) of the Northeastern region is taking a lead in all spheres of economic activity due to the successful management of Coronavirus pandemic, a release stated.

Women have excelled in the fight against the pandemic and helped Northeastern region to emerge as a Model of Coronavirus Management, said the Union minister of state (Independent Charge) development of north-eastern region, who is also MoS PMO, personnel, public grievances, pensions, atomic energy and space.

The minister was interacting with various self-help groups associated with the North-Eastern Region Community Resource and Management Program (NERCORMP) through a Webinar.

Pointing out that there are very few cases and 17 cases of death in all the eight states so far, Singh said that soon after the Modi government took over in 2014, the prime minister had stated that every effort would be made to bring the Northeastern region at par with the more developed regions of the country.

Emphasizing on the economy of the country, the DoNER minister said that bamboo is vital to India's Post-COVID economy and will provide an opportunity for India to emerge as an economic power house with the support of its Bamboo and other resources, apart from the huge tourism potential the region will offer in the coming season for almost remaining Coronavirus free.

Also pointing out that Northeast consists 60 per cent of India’s reserve of bamboo, Singh referred to the amendment in the 100-year-old Indian Forest Act brought about by the Modi government in 2017, as a result of which, home grown bamboo has been exempted from it in order to enhance livelihood opportunities through bamboo. He also promised to organize an exhibition of products of SHGs in the National Capital after the Coronavirus pandemic is over.

Singh also said that a new Film and Television Institute after Pune will come up in Arunachal Pradesh soon.