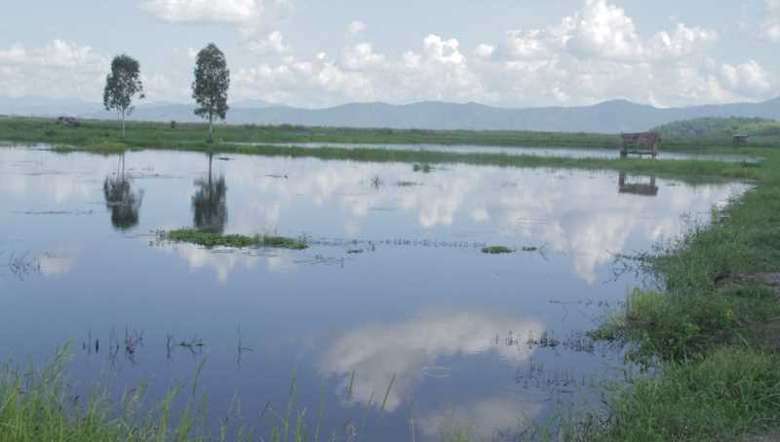 The Pumlen Pat Khoidum Lamjao Kanba Apunba Lup has appealed to recall the notification of the Kakching district DC issued on March 23 that “the whole areas of Pumlen Pat is being notified for eviction of encroachers and that the residents will have to vacate within 30 days.”

In response, the organisation which comprises of 26 villages engaged in fishing and farming living around Pumlen wetland region, have written to the DC and copies marked to the PM and chief minister on April 23, arguing that DC’s notification is a fundamental violation of Article 21 of the Constitution which guarantees right to life and livelihood to communities including those of dependent on Pumlen Pat, a release stated.

“Even after 7 months, there has not been any response from the DC or the government to our appeal. The notification has created a great insecurity and uncertainty in the minds of thousands of people whose lives are traditionally dependent on the periphery of this wetland area. We are fully conversant with our ancestral rights and also the Wetlands Rules 2017, the Loktak Protection Act of 2006 and the agenda of the Forest Department to bring in Conservation Reserve for Sangai,” it added.

These efforts by both Loktak Development Authority (LDA) and the Forest department are done in a clandestine manner using some few locals but without taking any consent from the villagers as well from the Gram Sabha, it stated. “We have communicated to LDA as well as to the Forest department that the people of Pumlen do not welcome them nor will they be allowed to step in without proper processes of consultation,” it stated.

However, the LDA and Forest department continues to make their feeble entry by forming bodies like Wetlands Mitra(s) in Loktak and Pumlen or holding frequent meetings at Tokpaching. It stated that these are unacceptable bodies and they do not represent the voices of the 26 villages living around this wetland.

“We once again appeal to the DC of Kakching and to this government to withdraw this Notification immediately. We also demand that the LDA and Forest department not interfere with Pumlen and/or its wetland dependent villages. Any effort must be democratic in nature and a comprehensive process of consultation and consent must be obtained,” it added.