No officers connected directly with elections will be allowed to continue in present district of posting: ECI

The officers will not be allowed to continue if they completed three years in that district during the last four years or would be completing three years by March 31, 2022 in case of Goa, Manipur, Punjab and Uttarakhand and May 31 in case of Uttar Pradesh, the ECI stated. 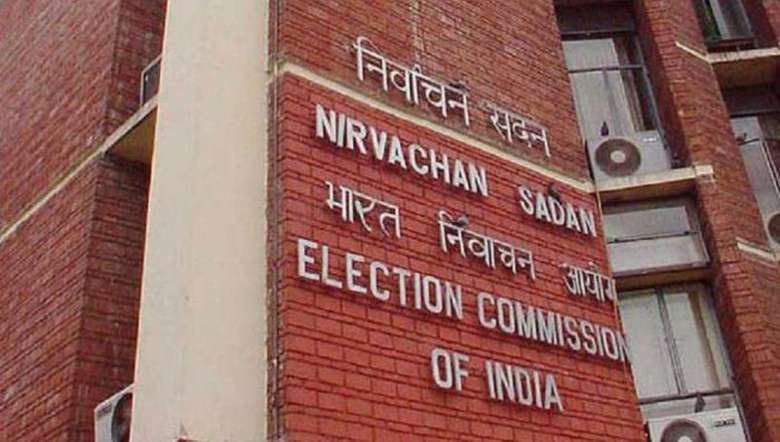 The Election Commission of India (ECI) has instructed the chief secretaries and chief electoral officers to the government of Goa, Manipur, Punjab, Chandigarh, Uttarakhand and Uttar Pradesh that officer directly connected with conduct of elections in an election-going state/UT are not posted in their home districts or places where they have served for considerably long period.

The commission has decided that no officers connected directly with elections will be allowed to continue in their present district (revenue district) of posting if they are posted in their home district, it stated.

As per the order, the officers will not be allowed to continue if they completed three years in that district during the last four years or would be completing three years by March 31, 2022 in case of Goa, Manipur, Punjab and Uttarakhand and May 31 in case of Uttar Pradesh, it added.

While calculating the period of three years, promotion to a post within the district is to be counted, the order stated. However, if any small state/union territory with a few number of districts, face any difficulty in compliance of the instruction, then it may refer the specific case with reasons to the Commission through CEO for exemption and the Commission would issue directions, if considered necessary, the order stated.

The order continued that the instructions for police officers will also be applicable to the police department officers such as range inspector generals, deputy inspector general of police , commandants of state armed police, senior superintendent of polices, superintendents of polices, additional SPs, sub-divisional head of police, station house officer, inspectors, sub-inspector, RIs / sergeant majors or equivalent ranks, who are responsible for security arrangement or deployment of police forces in the district at election time.

The police officials who are posted in functional departments like computerisation, special branch, training, etc. are not covered under these instructions.

Categories of officers not covered under transfer policy were also included in the order. It stated that during an election, a large number of employees are drafted for different types of election duty and the commission has no intention of massive dislocation of state machinery by large scale transfers.

Hence, the aforesaid transfer policy is normally not applicable to the categories officers posted in the state headquarters of the department concerned, officers and officials who are not directly connected with elections like doctors, engineers, teachers/principals etc.

However, if there are specific complaints of political bias or prejudice against any such government officers, which on enquiry, are found to be substantiated, then CEO/ECI may order not only the transfer of such official but also appropriate departmental action against the said officer, the order added.

It mentioned that the officers appointed as sector officer/zonal magistrate involved in election duties are not covered under the instructions. However, the observers, CEO/DEOs and ROs should keep a close watch on their conduct to ensure that they are fair and non-partisan in the performance of their duties, it added.

However, an officer who was transferred during any past election under the Commission's order without any recommendation of disciplinary actions will not be, just on this ground, considered for transfer, unless specifically so directed by the commission, it added

The Commission further desires that no officer/official, against whom a criminal case is pending in any court of law, be associated with/deployed on election related duty, the order added.

Any officer, who is due to retire within the coming six months, will be exempted from the purview of the Commission's directions. Further, officers falling in the category (home district/3 years+ criteria and due to retire within 6 months) if holding  an election related post mentioned in para 5.1 and 5.2, will be relieved of that charge and not be associated with any election related duty. It is, however, reiterated that such retiring officers need not be transferred out of the district, it stated.

All the officials of the state (except those posted in the office of the chief electoral officer), who are on extension of service or re-employed in different capacities, will not be associated with any election related work. The transfer orders in respect of officers/officials, who are engaged in the electoral rolls revision work, if any, during an election year will be implemented only after final publication of the electoral rolls, in consultation with the chief electoral officer concerned, it stated.

In case of any need for transfer due to any extraordinary reasons, prior approval of the Commission will be taken, the order mentioned.

“All election related officers will be required to give a declaration to the DEO within two days after the last date of nomination papers concerned and the DEO should inform the CEO accordingly. Any false declaration made by any officer will invite appropriate disciplinary actions,” it stated.

It stated that the Commission's aforesaid instructions should be brought to the notice of the departments/offices or state government concerned for their strict compliance. The DEO or concerned district officers should ensure that officers/officials who are transferred should immediately handover their charge without waiting for their substitute, the order stated

It stated that the Commission further directed that transfer/posting of all officers covered under the above instructions will be done and compliance reports by chief secretary and DGP with details of action obtained from the concerned departments/offices of the state government should be furnished to the Commission by December 31, 2021.