Six community quarantine centres were declared as containment zones by the deputy commissioner due to detection of COVID 19 positive inmates on June 21 and 26 last. 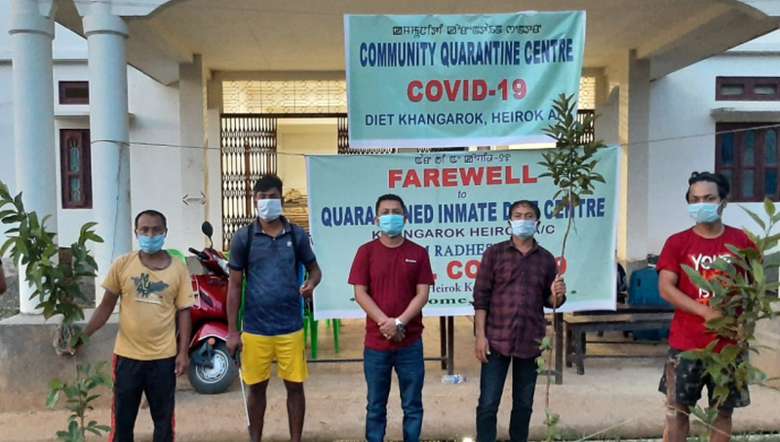 Containment measures at six places in Thoubal district of Manipur have been lifted and a catering volunteer who tested positive for COVID-19 has reported free from the disease, state health official sources said on Saturday.

Thoubal Deputy Commissioner Nongmaithem Bandana on Friday issued an order for lifting the containment measures imposed under para 12 of “The Manipur Epidemic Diseases, COVID 19 Regulations 2020” in six geographical areas of the district.

All were opened as community quarantine centres. The first three were being opened under Thoubal Assembly Constituency while the remaining three under Wangjing-Tentha AC, Khangabok AC and Heirok AC respectively.

All these centres were declared as containment zones by the deputy commissioner due to detection of COVID 19 positive inmates on June 21 and 26 last.

The order that was issued on Friday informed that the concerned persons were admitted to RIMS on that days itself and all the remaining inmates in the containment areas were put under active surveillance.

"After following due protocol for contaiment and testing for the inmates, they have been found COVID-19 negative and discharged accordingly," the order mentioned.

The order stated that the containment measures therefore imposed under para 12 of the Manipur Epidemic Diseases, COVID 19 Regulations 2020 in those geographical areas were lifted.

Meanwhile, the catering volunteer who was found positive on June 25 last was also tested negative, according to the health department.

It may be mentioned that all the contact list of the volunteer were also found negative. Among them was a seven year old girl, a returnee from Delhi.