A one-minute silence was observed to pay respects to the deceased, former leaders of the organisation. 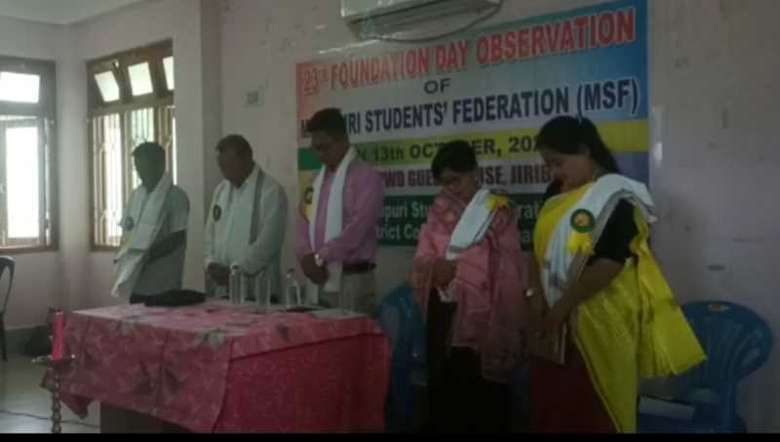 Speaking as the chief guest, M Maipaksana Mangang expressed that COVID-19 cases are still prevalent in Manipur as per the daily reports.

However, positive cases in the district have been reduced to zero due to concerted efforts of the general public, district administration, medical department and different student bodies, he said.

Atom Rajiv Meetei who attended as the president said that to assist the students who aspire to enrol in masters’ courses, the organisation has been putting efforts so that post graduate courses may be opened at Jiri College, Jiribam district, he further said. However, challenges have come up due the shortages of faculties at the college although the organisation is working to make sure that the courses are opened, he added.

He said that five vehicles are kept reserved for carrying out activities to strengthen the organisation. MSF had been making many sacrifices to fulfil its ideals, he added.

He further announced that after holding deliberations in an executive meeting, MSF branches for Municipal area and GP level were opened with the overall goal to strengthen the organisation.

The chief guest lit the ceremonial lamp to start the programme followed by a song performed by O Merica and her team. A one-minute silence was observed to pay respects to the deceased, former leaders of the organisation.

Former MSF office bearers and media persons were provided meira paibis gifts as a part of the occasion.