IFP Editorial: It is not the case of NSCN (I-M) alone, but several Kuki militant groups under SoO have political patronage and come election time these forces would be unleashed on the public. 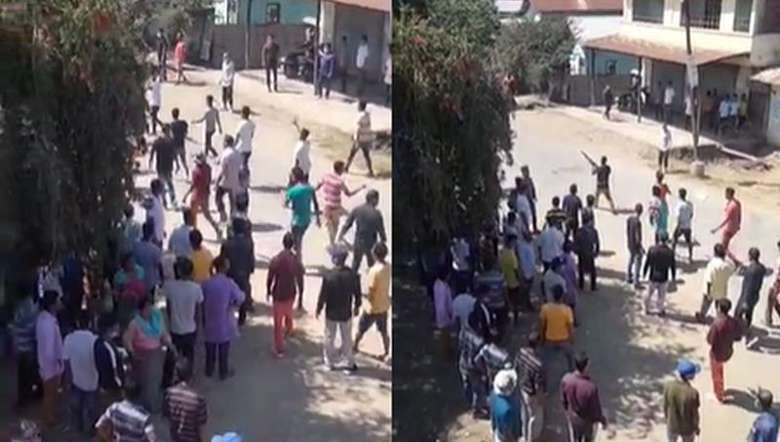 Incidents of muscle-flexing and violence between supporters of rival candidates has always been a part of elections in the state and elsewhere. But never this early. Manipur Assembly elections are still four months away and if the violence which erupted recently in Andro constituency and some other constituencies is any indication of things to come, it does not bode well for the state. At least six persons were injured in a clash that broke out between two groups belonging to rival candidates of Andro Assembly Constituency in Manipur on Monday. Bullets from single or double barrel guns, licensed or unlicensed, were flying around and injuring even bystanders. According to reports, the clash between workers of former minister Th Shyamkumar and aspiring candidate of Andro Lourembam Sanjoy, broke out Monday at around 11 am. Workers of former minister Th Shyamkumar, who is intending to fight on a BJP ticket this time, allegedly attacked workers of Lourembam Sanjoy at Yairipok Yambem Leikai under Andro police station Imphal East. During the attack, three workers of Sanjoy were injured in the incident with bullet injuries. The DC, Imphal East had since then passed prohibitory orders under Sec 144 of CrPC in the area. It is not only in Andro constituency but pre-poll violence is happening right in the heart of Imphal in the constituencies of Singjamei and Naoriya Pakhanglakpa. These incidents led to Chief Minister N Biren Singh condemning the violent incidents and making an appeal to eschew violence in pre-poll related activities.

In the valley area, apart from underground groups threatening candidates with monetary demands by use of bullets and hand-grenades, clashes between supporters of rival candidates involving guns were a rarity. But in the hills, voting behaviour has most of the time been dictated through the barrel of the gun or the looming threat of unsavoury things to come if the dictates are not followed. From boycotting elections in the past, NSCN (I-M) has now moved on to putting up its proxies through a political party in both Nagaland and Manipur state. The group, with a ceasefire and talks under its belt, is dictating terms through alliances both in the state assembly and Lok Sabha. While it was successful in orchestrating an all-party government in Nagaland to push the agenda of a resolution in its favour, it is reliving the fissures in hill-valley relations and pushing for a kind of alternative arrangement through an amended ADC bill in the hills of Manipur. However, Chief Minister N Biren Singh is not giving in to the threat of some vested interests with regard to the ADC bill. In Kangpokpi, the Chief Minister asserted on Monday that the government would never go beyond the ambit of the Indian Constitution, and that there would not be any change in the provision of the Hill Areas Committee which was already provided under the Constitution. On the other hand, divisive forces have already begun poll preparations to clinch the mandate. The brutal murder of Zeliangrong leader Athuan Abonmei is a case in point of things to come. It is not the case of NSCN (I-M) alone, but several Kuki militant groups under SoO have political patronage and come election time these forces would be unleashed on the public.