National vice-president of NPP Y Joykumar said that the party will be contesting in at least 40 Assembly constituencies in the upcoming Manipur Assembly elections. 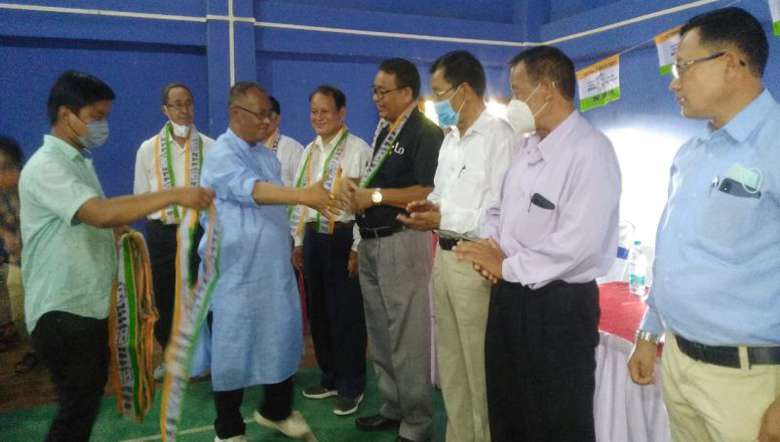 Around 8,500 individuals from Moirang assembly constituency joined the National People's Party (NPP) on Tuesday, for which enrolment letters were submitted to the national vice-president of NPP Y Joykumar by Moirang district NPP committee during a function held at the Mayol Badminton Indoor Stadium in Imphal West.

Speaking to the media on the sidelines of the function, Joykumar reiterated that the NPP will be the single largest majority party in the upcoming Assembly election.

He said that the party will be contesting in at least 40 Assembly constituencies. On calculating the realistic figure, the party will bag at least 20 MLA seats in the election, he added confidently.

When asked about any pre or post poll alliance with any other parties, Joykumar replied, “Right now, we are going together with the BJP. If there is an understanding between the parties, we continue to go together. However, we will keep our options open and determine our next steps after the election results are declared.”

Acting president of NPP, Manipur L Jayantakumar pointed out the need for strengthening and empowering a political party (NPP) based in Northeast for all round development of the region.

He lamented that the national political parties neglected the Northeast states when it came to any progress or welfare activities.

Such ennoblement of around 8,500 individuals from Moirang assembly constituency clearly shows that the public has faith and trust in the NPP, he added.