The government will take up all necessary means to provide security to the villagers who had fled in panic due to the violence, N Biren Singh stated. 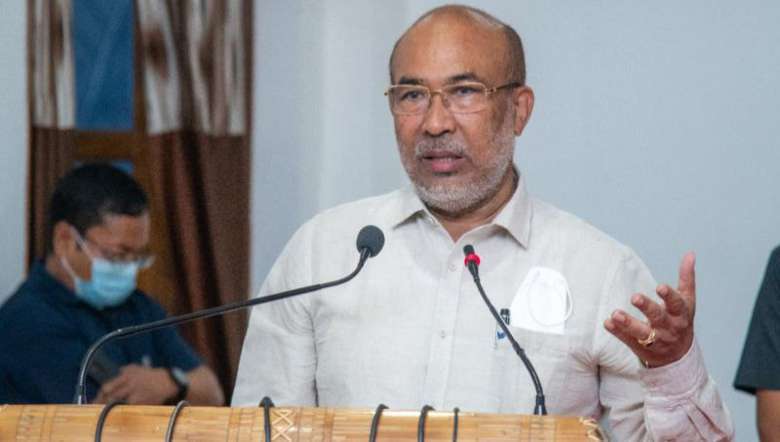 Vehemently condemning the killing of three persons, including an eight-year-old boy and the chief of MP Khullen village, while gravely injuring a two-year-old child during indiscriminate firing by miscreants upon a group of people at B Gamnom village, Manipur Chief Minister N Biren Singh on Tuesday termed the incident as an act of terrorists.

The incident took place on Tuesday when the villagers were making arrangements to perform the last rites of the Kuki UG group cadres who were killed during a gunfight between security forces on October 10, N Biren stated in a release.

“My government will not tolerate such extreme acts of challenging the lives of the public which wants to live in peace. There is no place for violence in this democratic country. I condemn their unwarranted use of violence in the strongest terms,” he stated.

The government will take up all necessary means to provide security to the villagers who had fled in panic due to the violence, he added. Directions have been issued to top level police officers to ensure that the villagers are protected and kept away from any harm, he stated.

He further stated that orders have been also issued to the Indian Army, Assam Rifles, and high level officers of Manipur Police to take up strong action against those involved in the incident. To save the life of the child who was left severely injured in the incident, directions have been passed to the authority concerned to take up all necessary measures, he added.

The government extends heartfelt condolences and shares the pain and loss of the bereaved families whose loved ones were killed by the terrorist attack, N Biren further stated. “I pray for the departed souls to rest in eternal peace at the heavenly abode of the Almighty,” he added.

ALSO READ: Six injured in clash between supporters of rival candidates in Manipur