Education minister S Rajen Singh said that the traditional method of farming which had been adopted by the elders should not be ignored. 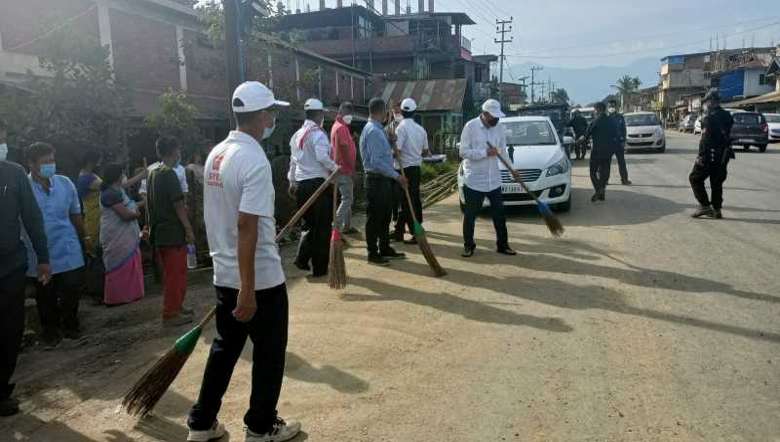 Attending the occasion as chief guest, Education minister S Rajen Singh said that the traditional method of farming which had been adopted by the elders should not be ignored. “Household and wastes from animals were used as fertilisers by our forefathers. This system still exists in some parts of the state. The tradition of those days when organic farming was widely practiced needs to be encouraged,” minister added.

Minister said that the government has also launched schemes to construct houses for homeless people in municipal areas. Besides, with the objective to improve sanitary facilities, the government has also constructed sanitary toilets at Nagar Panchayats and municipal areas. He also emphasised on a long term policy on waste management and disposal. New projects and proposals are also on the pipeline, the minister added.

A tree plantation programme was also organised as a part of the Special National Swachhta Campaign. Later, the minister led a cleanliness drive by sweeping the roadside of Lamsang Bazar area.