A total of 120 new COVID-19 positive cases were recorded in Manipur on Tuesday. 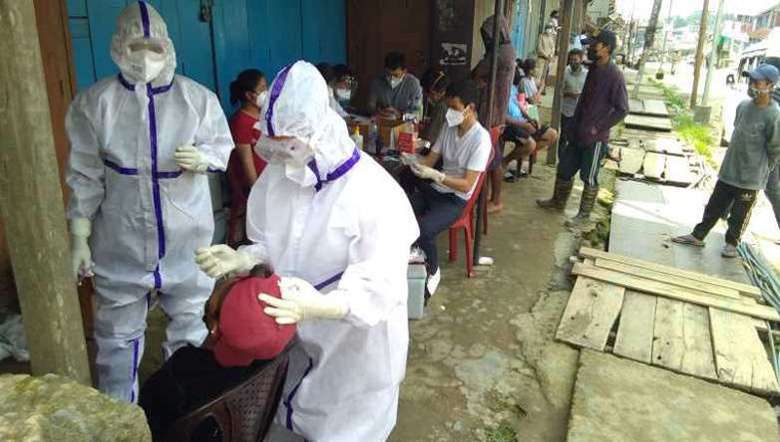 The number of COVID-19 active cases in Manipur dropped below 1,500 on Tuesday, while the state's tally reached 1,22,228 with the addition of 120 new positive cases, according to the latest updates by the state health department.

As per a release issued by the state COVID-19 Common Control Room, 118 persons were discharged on Tuesday. However, due to various reasons, 274 persons are reported as discharged cases on only one Tuesday. Therefore, the total number of recovered cases is 392 after reconciliation with reports from IDSP team, home isolation team, community home isolation and hospitalisation team.

On Tuesday, 119 persons (62 males and 57 females) from the general population and one personnel from the Central Armed Police Force (CAPP) were reported as new COVID-19 positive cases, the release stated.

A total of 2,317 test results were received on Tuesday, of which 120 were found COVID-19 positive. The day's positivity rate is 5.2 per cent.

The positive cases from the general population included 24 from Imphal East, 49 from Imphal West, two from Thoubal, eleven from Bishnupur, one from Kakching, 13 from Ukhrul, five from Churachandpur, five from , Chandel, one from Senapati, four from Kamjong, two from Noney and two from Pherzawl. All necessary medical precautionary measures like containment and contact tracing are in place, it stated.

The death toll also mounted to 1,887 as two more persons from Imphal East died due to the infection in a span of 24 hours. Both victims had comorbidities and were not vaccinated, according to the release.

According to the release, there are 444 vacant general beds and 102 ICU/HDU beds of COVID-19 in seven hospitals of Manipur.