The proscribed umbrella organisation Alliance for Socialist Unity, Kangleipak (ASUK) and National Liberation Front of Twipra (NLFT) have imposed a total shutdown which will remain in effect from 6 am to 6 pm on October 15 in Manipur and Tripura. 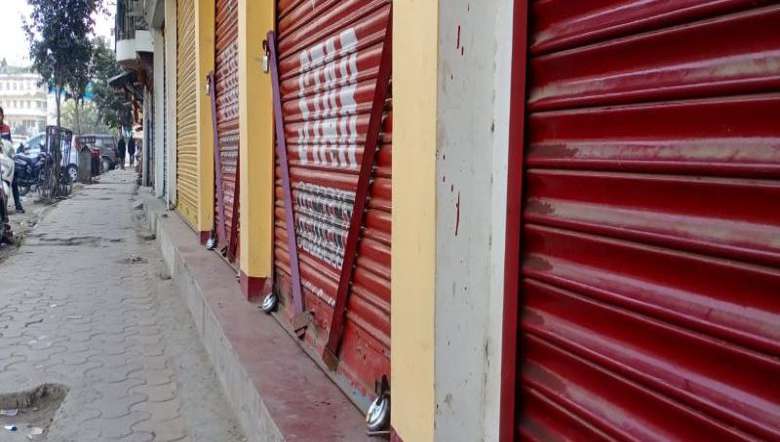 The Socialist Revolutionary Party (SOREPA) on Monday announced that a general strike from 5 am to 5 pm has been imposed in the state on October 15 to oppose the forceful merger and annexation of Manipur into India.

It is a well known fact that Manipur was merged into the Indian union after the King was made to sign the agreement under duress on September 21, 1949, stated a release issued by its publicity-in-charge MC Yaiphabi. Afterwards, the independent nation was forcefully annexed into India on October 15, 1949, it stated, adding “Our people have remained as slaves ever since for more than 72 years.”

The people have been living without enjoying basic human rights and being subjugated for a long period of time, it claimed. It is known by all that India’s colonialism is exceptional as it tries to carry out genocide against the people of Manipur, it further stated.

The self determination movements were launched by the revolutionary organisations as an appropriate reaction to India against the forceful annexation, it mentioned.

After existing as a British protectorate for a long period of time, Manipur was given independence on August 14, 1947, it stated. Before Manipur could form a strong army to defend herself, she was forcefully taken, it mentioned.

It further stressed on the need to reconstruct a national character while adding that imposing general strikes, boycotts and black day in a symbolic manner against the forceful annexation of Manipur is not enough.  Besides the symbolic protests, finding out the ‘National Question’ by the people is absolutely necessary, it maintained. The history of the creation of India, ‘WESEA’ and Manipur needs to be clearly studied, it stated. “When the people realise who they truly are, they will understand what India really is and only then will we be able to move ahead with the National Resistance Movement,” it stated.

It mentioned that emergency services, health services, and religious activities will be exempted from the general strike, it added.

Meanwhile, the proscribed umbrella organisation Alliance for Socialist Unity, Kangleipak (ASUK) and National Liberation Front of Twipra (NLFT) have imposed a total shutdown which will remain in effect from 6 am to 6 pm on October 15 in Manipur and Tripura.

A joint release signed by ASUK chairman N Oken and NLFT president H Uastwng Borok  stated that on October 15, 1949, Manipur and Twipra (Tripura) were compelled to merge with the fledgling Indian Union, a confederation forged out of a ‘mere geographical expression’ by swallowing up forcefully most of around 600 culturally and ethnically heterogeneous princely states.

“Our leaders of those days were, on the one hand, duped by sweet slogans like Ahimsa, Satyagraha, Ram Rajya etc. and on the other hand, intimidated by the formidable Indian Army, to succumb to Machiavellianism-twisting and signed extremely unfair treaties to join India, it stated.

“Just after the merger, Indian machinations started to strangulate us. Indian authorities let loose the juggernaut of demographic invasion, political marginalization, destruction of the economic base leading to critical dependence, cultural Indianization and identity annihilation, demolition of morality and values, and emasculation of national character,” it stated.

“Now under the present dispensation, the pace of our national demolition has been accelerated blatantly,” it mentioned. It stated that Ram Rajya has become fascist Rajya. Federalism has been pushed behind and the slogan of ‘one nation, one language, one religion, one identity, one law, one party, one leader’ is at the top of the national agenda. “For us, the rimland non-Indian minorities, national death is imminent.

Consequently, our liberation movement has become more relevant and imperative than ever. So, our symbolic protest against the merger with strikes and shut-downs has become more necessary. We need to decolonize Indian historiography of painting the draconian merger in pleasant colours,” it added.