Six injured in clash between supporters of rival candidates in Manipur

Manipur Chief Minister N Biren Singh strongly condemned the incident and appealed to the people to refrain from indulging in poll-related violence. 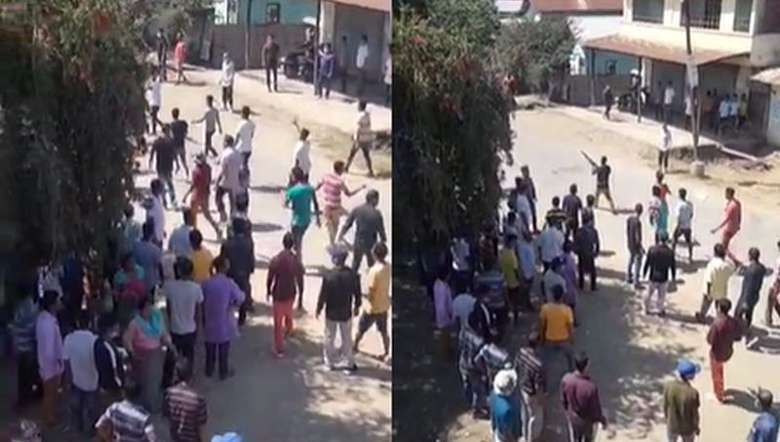 At least six persons were injured in a clash that broke out between two groups belonging to rival candidates of Andro Assembly Constituency in Manipur on Monday.

Chief Minister N Biren Singh strongly condemned the incident and appealed to the people to refrain from indulging in poll-related violence.

“The report of poll-related violence is doing the round in the past few days. This is nothing but shameful for people living in a democratic society. I appealed to the people to refrain from groupism, sectarian etc,” said Biren.

According to reports, the clash, between workers of former minister Th Shyamkumar and intending candidate of Andro Lourembam Sanjoy, broke out around 11 am.

During the attack, three workers of Sanjoy were injured in the incident with bullet injuries. The injured persons are identified as Singammayum Ithemcha, age 32, son of late, Janab Ali from Tulihal, Md Khalif, age 45, son of late Abdul Hasim from Yairipok Changamdabi Makha Leikai and Loukrakpam Jayantani, age  33, son of L Khomei from Yairipok Nungaipok.

Source also informed that a public meeting for Lourembam Sanjoy was held at Yambem Laimang and Yairipok Lainingthou while that of Shyamkumar was held at the residence of Sarungbam Bimol at Yambem Makha Leikai which is around 300 metres away from where Sanjoying was holding an election meeting.

After the first public meeting at Yambem Laimang, Lourembam Sanjoy carried out a rally along with his supporters till the second venue which is at Ningthounai at around 11 a.m. However, when they reached Yairipok Makha Leikai, workers of Shyamkumar led by Sarungbam Bimol allegedly fired shots in the air and also at workers of Sanjoy.

The sources alleged that the incident occurred in front of police personnel who were on duty. The three injured persons were admitted to JNIMS while another three people including one woman who received injuries were given first aid at Primary Health Centre Yambem.

Sanjoy condemned the attack and termed it uncivilized and drew the attention of the chief minister who is also holding the Home portfolio, to prevent such “goondaism” and to maintain peace in Andro constituency.