The truck driver received bullet injuries while returning home from Imphal during a major scuffle took place between the supporters of former minister Th Shyamkumar and intending candidate L Sanjoy at Yairipok Yambem. 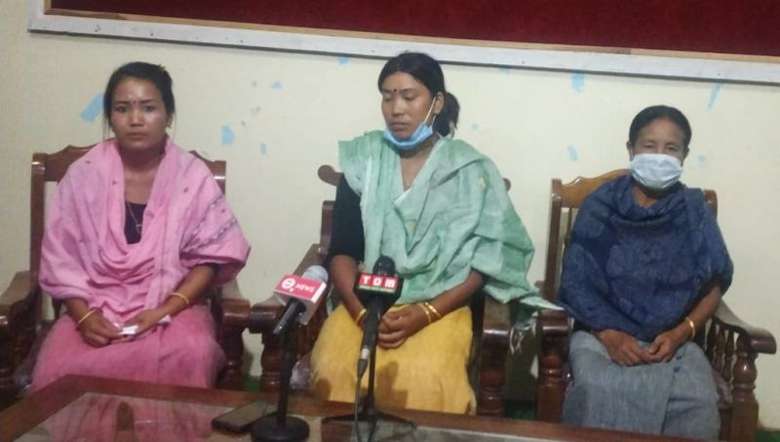 A 33-year-old truck driver received bullet injuries while returning home from Imphal during a major scuffle took place between the supporters of former minister Th Shyamkumar and intending candidate L Sanjoy at Yairipok Yambem under Andro assembly constituency on Monday.

Louprakpam Kabita who is the wife of Louprakpam Jayenta, the injured driver, alleged that her husband’s injuries were caused by Sanjoy’s supporters who fired the gun.

In a press meet held at the press club, she said that her husband was returning home after unloading goods from Imphal. Before reaching home at Yairipok Yambem Leimang, her husband was shot by supporters of L Sanjoy, she maintained.

She said that her husband got severely injured on the left leg and is undergoing treatment at JNIMS hospital. The doctor told her that the bullet had been lodged in the bone, she said. Kabita claimed that her husband was not a supporter of any of the candidates. She drew attention from authorities concerned and appealed to take legal action against the culprits involved.

During the press meet, one Sarungbam Bimol, a worker of Th Shyamkumar alleged that intending candidate Sanjoy and his family threatened him on the night of October 10 in order to stop Th Shyamkumar’s meeting which was held on Monday.

He alleged that the father, uncle and brother of L Sanjoy came to his house to stop the meeting and even threatened him of dire consequences if the meeting was not stopped. The meeting was held on Monday at his house for Th Shyamkumar for the coming election at Yairipok Yambem, he said.

When the meeting was about to end, the supporters led by brothers of L Sanjoy threw stones, broke banners and even opened fire, he alleged. He alleged L Ranjit, L Sanjit, L Joy and L Nepolean for leading a group to disrupt the meeting.