JD (U) national president Rajiv Ranjan assured that the party will put maximum effort to bring change in Manipur through the winning candidate in the Manipur Legislative Assembly election, 2022. 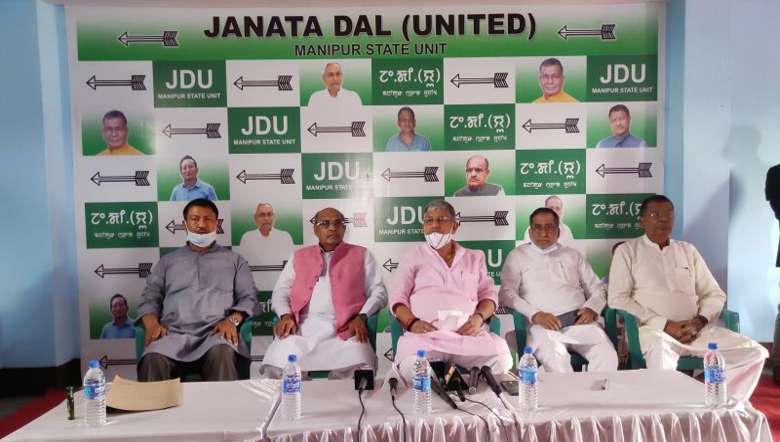 Janata Dal (United) national president Rajiv Ranjan on Sunday said that the party has started assessing the number of candidates to be fielded in the upcoming Manipur Assembly election and will contest the poll with the theme ‘Development and Justice in Manipur’.

Addressing the media persons in a press conference held at JD (U) office, Tiddim road, Keishampat, Imphal West, the Lok Sabha MP said that JD (U) is concerned about the interest of Manipur. The party has been negotiating with the Centre to protect and safeguard the sentiment of people of the state.

Condemning the brutal murder of social activist and politician, Athuan Abonmai, the JD(U) national president to the authority concerned to do fair investigation and deliver justice at the earliest.

Ranjan continued that he has come to Imphal to chart out the strategies to strengthen the party and fight the upcoming state election. He also said that JD (U) is serving the public effectively in Bihar under the leadership of Nitish Kumar.

Before 2005, no major development was there in Bihar as there was no proper road connectivity and electricity, and law and order was disturbed. However, after Nitish Kumar became the chief minister in the state, many positive changes could be witnessed, the JD(U) president said.

He assured that the party will put maximum effort to bring change in Manipur through the winning candidate in the Manipur Legislative Assembly election, 2022.