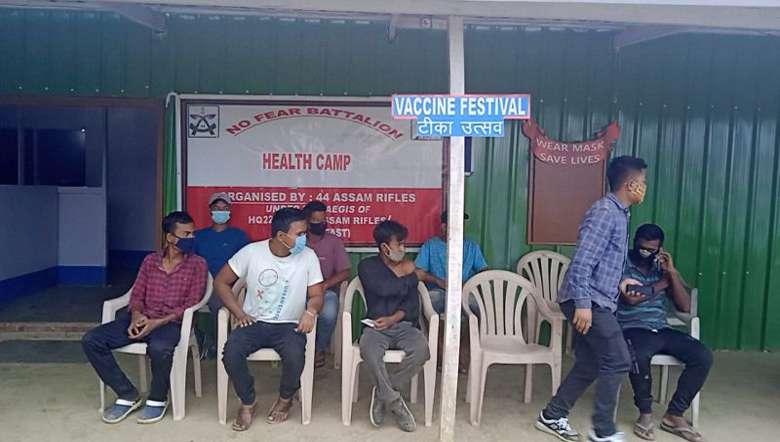 According to 44 AR adjutant, a similar medical camp was organised at New Mandeu village in Tousem sub-division. He said that the medical camp provided an opportunity to talk about mental health in general, how to break the stigma around it, and the importance of speaking out when struggling with a mental health issue.

Six doctors, including three female doctors conducted health check-ups and distributed free medicines to the people with mild health issues. As part of the programme, COVID vaccination of the workers with facility of at the spot registration was also carried out in Tamenglong sub-division, he added.

Adjutant also said that the unit CMO delivered a speech on mental health and related issues during the medical camp. He stressed on spreading awareness on mental health issues among the society at large.

Around 150 individuals were benefited in New Mandeu while 91 patients were examined at Sangrupang Construction Camp till the filing of this report.