Committing violence in politics is shameful, Joykumar said, adding that, “the number of flags does not matter. What matters in elections are the valuable votes gained from the public.” 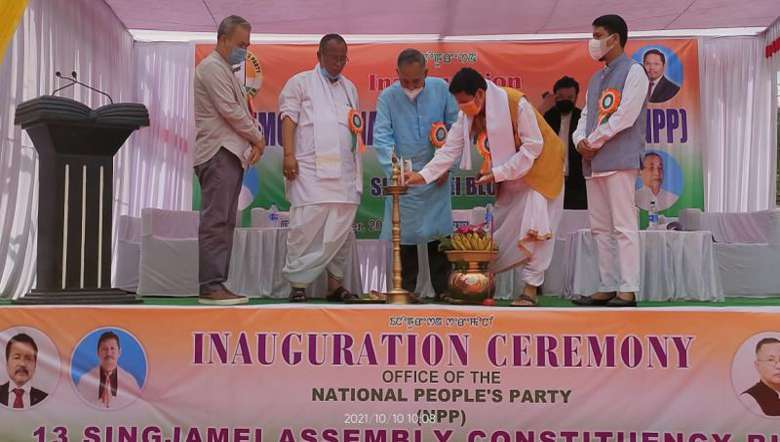 Manipur Deputy Chief Minister Y Joykumar on Sunday called upon the political parties in the state to maintain peace and harmony in conducting any events related to the election campaign.

He was speaking as the chief guest during the inauguration of the NPP office, Singjamei Block at Top Singjamei Thongam Leikai, Imphal West.

Committing violence in politics is shameful, he further said, adding that, “the number of flags does not matter. What matters in elections are the valuable votes gained from the public.”

It is reported that heated exchanges took place with minor scuffles between supporters of NPP and BJP on Saturday night at Singjamei concerning the installing of political party flags in some areas of Singjamei assembly constituency.

NPP Manipur working president L Jayantakumar said that in order to bring real development in the region, there is a need to have a strong political party based in the Northeast. And in this case, the NPP is the party, he added.

The other national political parties lack focus in the Northeast and therefore, the Northeast states are still lagging behind in terms of development till today, Jayantakumar pointed out.