Fear of the dragon and boycott of Chinese goods

Demand for a boycott of Chinese goods is likely to remain just a populist buzzword and may not be practical. If at all India decides to really boycott Chinese made goods, it should first reduce its excessive reliance on China, especially in key sectors. 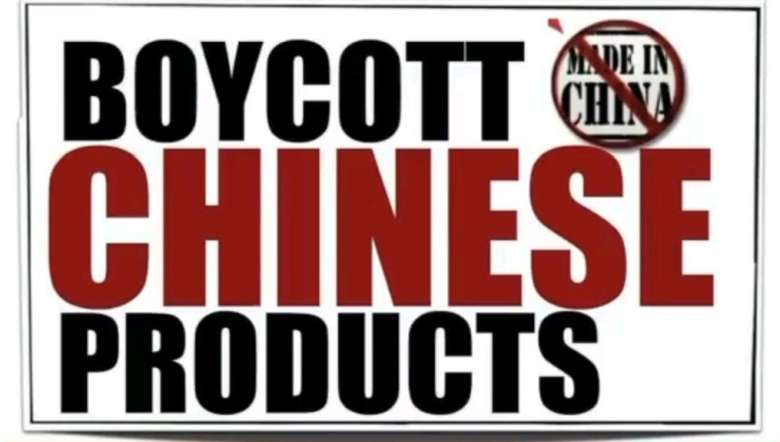 There was a rapid growth in economic relations between India and China in the last couple of decades. The two nations were touted as emerging twin giants, the dragon and the elephant, leading the world in both production and consumption. Then came the great COVID-19 pandemic and the Ladakh clash between the two Asian neighbours. Post COVID-19 pandemic and Ladakh clash now seems to have steered the two countries in a different direction as far as their relations are concerned. However, what one hears or read may not be the end of this difficult relationship that the two countries have reluctantly built. On one hand, given the historically tepid relationship since the beginning of the 1960s, what was expected is now being played out in a more visible way now. On the other hand, the two countries also know well that their economic status is bound to take two steps backward if the uneasy border relationship continues to put a spike on the running wheels of economic relations.

China may not fear India in many senses. Yet the Asian giant also cannot underplay India as one of its biggest export partners and the vast market is good enough to judge the scenario.  The breast-beating reactions of India over the Ladakh clash should not or rather cannot browbeat the existing well-entrenched trading relationship between India and China. Demand for a boycott of Chinese goods is likely to remain just a populist buzzword and may not be practical. If at all India decides to really boycott Chinese made goods, it should first reduce its excessive reliance on China, especially in key sectors. This may take a long time before one sees the impact.

India’s economic relations with China in trade, financial investment, direct investment, and telecom technology have already been well cemented. Even though India is not the top five trading partners of China and it does not mean India as a market does not play an important role in the relationship.

China exports critical material to India which includes active pharmaceutical ingredients (APIs). It is reported that over 80% of APIs that Indian pharma companies use to make medicines are sourced from China. Observers have noted that if this were to stop now, India would be in trouble.

Moreover, in recent years, China-based investors have competed with Japan and US-based investors to fuel the growth of startups in India. It is said that an estimated over $4 billion have been invested in startups in India. Besides, much of the direct investment in India is through mobile phone manufacturing units in India. One knows well that companies like Xiaomi and Vivo assemble phones in India. Experts have observed that China’s investment in factories is important since it creates an ecosystem for manufacturing that did not exist earlier. It is said that the hardware that goes into telecom services operators comes mostly from China and most mobile operators are already dependent on China.

Now, how many companies or brands can India boycott? It has been reported that a Brookings India study estimated a total investment of $8 billion by China, mostly by state-owned companies. These include engineering, procurement and construction companies. Here, it would be wise to note that all products made in China and sold in India are not by Chinese companies alone. Most US-based companies have manufacturing units in China and in the current scenario, many US products bought by Indian consumers are made in China. This is why it would be virtually impractical for consumers in India to boycott Chinese products while one learns not to fear the rising dragon.