To succeed, risk-taking is necessary

No matter the risks you’ll be taking, it is important that you assess your ability to tolerate them. 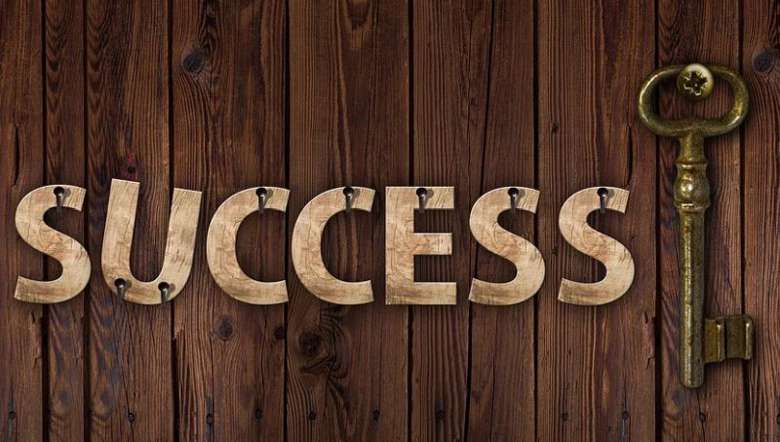 Many of us don't succeed in anything we do because we don't have the guts to face the obstacles and problems that are ahead of us. In almost everything we do, there is always something that tries to stop us, keep us away from making progress, and something that discourages us. But that doesn't mean those obstacles and discouragements can stop us from achieving our goals, if we have the guts to face them and we're totally committed to our goals, success will certainly follow us and we'll become victorious at last. Look at Abraham Lincoln, who lost eight elections, failed twice in business, and suffered a nervous breakdown all before becoming one of the greatest American presidents. Through failure, he developed the persistence necessary to later lead his country through one of its hardest periods in history. Perhaps he never could have done so without experiencing so many failures himself. Successful people are those who never give up in their struggles.

But most of us give up so easily, we get discouraged even when facing a small problem, and we only do what seems easy and that which requires only a little effort. We're scared to confront the consequences of something we're trying to do, in short, we're not brave enough to take risks. Therefore, learn to take risks, think positive, train your heart to be strong and brave, never give up, stop procrastinating as "procrastination is the thief of time", encourage yourself at all times, and be punctual. Try these and nothing can stop you from achieving your dreams. Looking back, I blame myself for being scared to face consequences. A lot of my failures in the past are the result of my lack of courage. You and I could've succeeded a lot more if only we had the courage to suffer and take risks. But it should be known that taking risks doesn’t mean succeeding every time. The process of taking risks may lead to failure, but even that can make us a better person by increasing the capacity to recover quickly from difficulties.

It takes sweat, hard work and dedication to make the grade. For instance, I've gained a lot more weight than before Covid came to spread. Since there were several restrictions on account of the pandemic, it wasn't even safe to interact with our near ones face-to-face and so, jogging and morning walk and other outdoor activities couldn't be done during the imposition of lockdown and curfew. But now, some heavy restrictions are lifted and it's safe to go jogging every morning again. Therefore, now I could get up early in the morning and start a morning walk or go jogging to lose weight and be normal once again. But since it takes hard work to do that, I mean I have to get up early which I've not done in a long time, and you might experience some uneasiness on some parts of your body in the first week, and stuff like these. And the problem is, I'm not willing to face these difficulties, I'm scared of the consequences, I'm not willing to risk myself for that. I do know what benefit it would do to my body after facing all the difficulties, after some hardwork and dedication, it's just that I'm not willing to sweat and work hard. In other words it could mean I'm lazy but the fact that I'm not willing to take risks is the main problem here. Once more, to succeed and move on, you need guts and hard work and be willing to take risks.

One of the secrets behind successful people is that they are not easily discouraged when their plans fail and when things don't go exactly as they expected. Thomas Edison failed over a thousand times inventing the electric bulb but he wasn't discouraged by those failures, in fact he was motivated by his failures and after trying a thousand times he successfully invented the bulb. He risked his valuable time hoping he would succeed in his work, he was dedicated to his work and now on account of him we have those bright bulbs comforting us. Gandhiji was behind bars several times for fighting against the British, he was a true nationalist. But he could've given up the fight and instead do some other job that would give him a fair and easy life. He could've avoided all the harassment and torment he was facing by simply giving up the big fight. But he absolutely believed that he'd be victorious someday, and he was risking his family, career, and even his life fighting for the independence and he finally got what he was fighting for on 15th August 1947. His complete dedication to his belief is quite motivating. Like Thomas and Gandhi, hope is also necessary for achieving our goals.

Risk takers are more likely to be successful because they do not limit themselves and are willing to put in their energy when every other person is hesitant. Burmese politician Aung San Suu Kyi is one big example for this article's topic. A political prisoner at present, she is dedicating her entire life fighting for democracy in Burma. She had to go to jail, she'd to be in house arrest, she couldn't spend good times with her children and she couldn't spend time with her husband while he was alive. She's risking everything she's got for the sake of democracy. Like Gandhi, her toughness and dedication for her fight against military rule are really inspiring. To be honest, when I put myself in her shoes I used to think about giving up the fight and instead look forward to living a normal life with my family without any disturbance from anything or any person. But she doesn't, because she firmly believes that she'll become victorious some day since she has risked everything for the fight and I don't believe she'll ever give up her fight for change in Burma. We pray that her struggle will not be in vain.

Therefore, it's time you and I ask ourselves questions like what's holding us back from achieving our dreams, what's the reason for giving up easily, what's hindering our way to success, and why we are easily discouraged even when facing small problems. The answer is simple and i.e., we are not completely devoted to our work and that we are not willing to take risks. There is a saying, “Opportunity does not come gift wrapped. You must take risks.” And no matter the risks you’ll be taking, it is important that you assess your ability to tolerate them. No matter how prepared you are, you will run into challenges and it will be important that you’re completely prepared to handle them. And no matter what happens, never give up and keep going. Winston Churchill once said and I quote, "success is not final, failure is not fatal, it is the courage to continue that counts." Therefore, be strong, patient and hardworking. Success awaits!

The writer can be reached at mmltouthang@gmail.com