BJP Manipur Pradesh president A Sharda Devi said that Congress MPs during the previous government were just for namesake in Parliament. 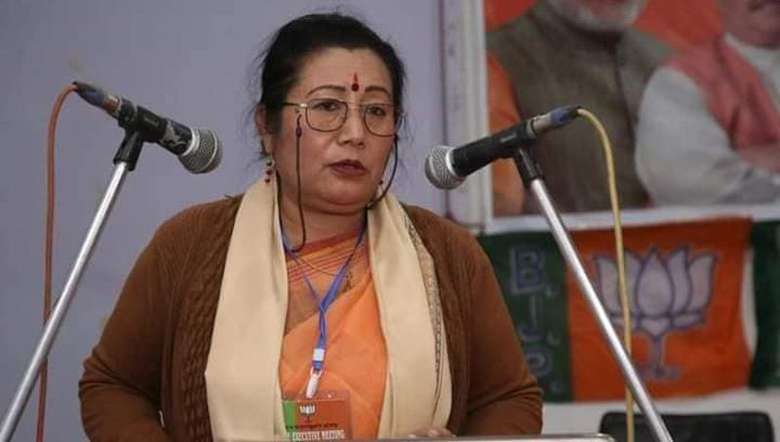 Sharda stated this while attending the inaugural of BJP Thongju Mandal office as chief guest on Friday. She said that no political party has brought development unlike the BJP-led government in the state. The present government has taken up many flagship programmes and brought immense positive changes in just nearly five years.

People do not realise that there is an MP seat for Manipur in parliament as representatives of the state before this government always remained mum. However, the significance of having MPs came into notice after MP RK Ranjan was appointed as Union Minister of State for External Affairs and Education. Due to his experience and leadership qualities, such a portfolio was given, she added.

She criticised that the claim made by Congress that Kangla Fort was saved from Assam Rifles is not acceptable as various movements and agitation launched by women of the state has made the Assam Rifles leave the fort. The women folks should react against the false claim of Congress.