IFP Editorial: Things are not well within the BJP with assembly elections four months away. Many of the contenders for the CM post are not particularly happy with the entry of high-profile Congress leaders like Govindas Konthoujam just before elections. 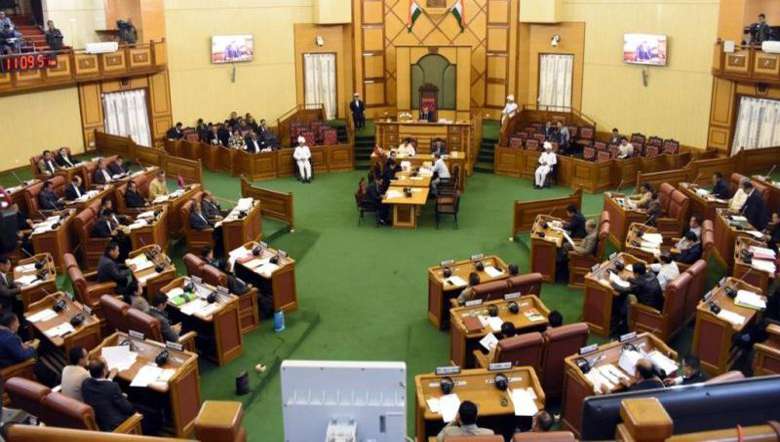 Even if it was able to wrest power from the hands of the powerful Congress leader Okram Ibobi Singh in the 2017 state assembly elections, the house of BJP remained divided and discontent in the rank and file of the party organisation and MLAs was always there. The Chief Minister N Biren Singh was under immense pressure from both his party MLAs and the ‘friends’ from Congress. In the 12 member Council of Ministers, the majority partner BJP with 21 MLAs had only five ministers including the Chief Minister himself, while a minority partner NPP had four. The other three minister posts were distributed between NPF, LJP and a Congress defector. After a brief honeymoon, power games started and it was not an easy ride for the beleaguered Chief Minister N Biren Singh. From managing the coalition partners to balancing the ever increasing demands of newly acquired friends from Congress and party MLAs who were left out of the ministry, not to talk of dissidence within the party ranks, it was indeed a perilous journey fraught with danger and unseen forces.

Relationship with the party was not good. Most of the time, the government was at the mercy of its main coalition partners, the National Peoples’ Party (NPP) and Naga Peoples’ Front (NPF) in deciding policy matters. While the NPP was able to extract its pound of flesh with ministership for all its four MLAs, the other partner NPF was silently making its moves on the political chessboard, which led to occasionally questioning the stance of the government on Naga peace talks. With only one minister out of four MLAs, it put them at an advantage to dictate terms to the government. Now, NPF has got two ministers with the entry of Awangbou Newmai while its other MLA K Leishiyo was made the Chairman of the Hill Areas Committee of the Manipur Legislative Assembly. With NPF in charge of the Hill Areas Committee, an invigorated effort to unite all hill MLAs for a change in the hill-valley equation is underway, both at home and at New Delhi.

At present, the Manipur Legislative Assembly has now an effective strength of 51 legislators, with four disqualified and three BJP legislators whose resignations were accepted by the Speaker. Of these 51 legislators, BJP and its partners have majority strength. The discontent among the BJP MLAs before was not only against the Chief Minister N Biren Singh but the four BJP ministers also. After a long delay the great reshuffle of the government was effected in October last year by dropping six ministers, three from BJP, two from NPP and the lone LJP minister. Only the powerful minister holding multiple portfolios Th Bishwajit was spared from among the BJP ministers. Three new faces from BJP and two recently resigned Congress MLAs were inducted after dropping six ministers from the coalition, leaving one vacancy in the Council of Ministers. Now there are two vacancies in the ministry which are yet to be filled up, with the upturning of election verdict against Okram Henry. The delay in filling up the two vacancies from among the BJP MLAs is their main grievance, besides the alleged autocratic style of functioning of the Chief Minister N Biren Singh. Things are not well within the BJP with assembly elections four months away. Many of the contenders for the CM post are not particularly happy with the entry of high-profile Congress leaders like Govindas Konthoujam just before elections. But then, N Biren also joined BJP just three months before the 2017 state elections. As for the question of leadership change before elections given the present trend, it seems quite unlikely now. The more important issue now is whether BJP is going to have a CM face for the elections or keeping it open like in Assam. Therein lies the importance of BJP National President JP Nadda’s two-day visit in the state beginning Saturday.