The Manipur chief minister expressed immense satisfaction to learn that 15 Cadets of the Sainik School, Imphal had cracked the NDA examination recently. 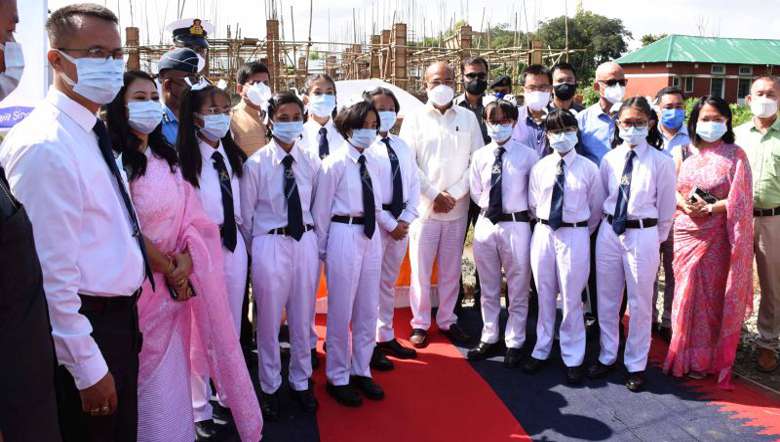 Speaking at the function, N Biren Singh said that he feels proud to be a Manipuri as many from the state have excelled in different fields and come out with flying colours in different competitive examination

Manipur has the highest ratio of defence officers to population in the country, he said. He expressed immense satisfaction to learn that 15 Cadets of the Sainik School, Imphal had cracked the NDA examination recently. Apart from that, six candidates from the state had cleared the recently declared Civil Services Examination, 2020 conducted by the Union Public Service Commission, he said.  The State Government’s efforts through schemes like Chief Minister’s Scholarship Scheme for Civil Services Aspirants have started paying dividends, he added.

He said that the state government would continue providing necessary funds for continuous maintenance of the school, apart from pressing the Central Government to upgrade school infrastructure with modern facilities so as to enhance its excellence to compete with other schools.

Expressing satisfaction on the inclusion of girl cadets from the current session, he assured to provide additional funds if required for the completion of the Girls’ Hostel, for which the foundation stone was laid today.

He maintained that the state had been putting in best possible efforts to enhance human resource by taking up various initiatives like Chief Minister’s Scholarship for Civil Services, upgrading of Dhanamanjuri College into University and construction of medical college in Churachandpur among others. All these developments could be possible because of the restoration of peace in the state, he added.

On his arrival at the school campus, he laid the foundation stone for a Girl’s Hostel to be constructed under the aegis of the State Education department besides inaugurating a washroom complex for girls.