The arrested accused persons along with recovered items were handed over to officer in-charge of Moirang Police Station and a regular case has been registered at the police station for further investigation, said police. 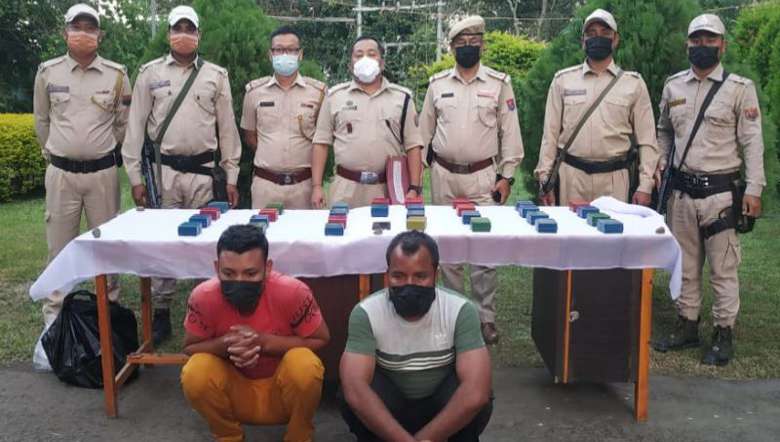 Two persons were arrested with 432 grams of heroin powder worth Rs 72 lakh in international market on Tuesday (October 5) by a team of Bishnupur district police.

According to police, information was received at around 7:30 am on October 5 while conducting frisking and checking at lmphal via Churachandpur road by a team of Phougakchao Ikhai Police Station led by inspector Kh Rajen Kha Nganba assisted by SI M Romeo, SI Onkhomang Haokip and HC.

On preliminary verification, the driver of the vehicle and occupant identified themselves as Md Atabur Konthamayum, 35, son of Kasmal Ali of Kwakta Khuman ward no.4 and Md Abdul Rahman Sangomsumpham, 33, son of (Late) Md Naha 1bothem of Kwakta Sevin ward no. 1 respectively, it added.

Further, on checking the vehicle 30 numbers of soap cases containing suspected heroin No.4 powder and one ‘Oppo’ mobile phone along with SIM card were recovered from their possessions.