The Election Commission of India (ECI) held a video conference with the election officers of all districts and officers of the office of chief electoral officer, Manipur on Thursday 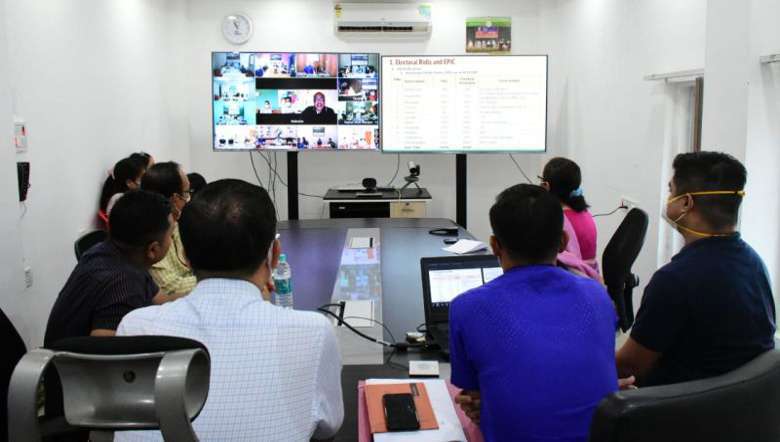 The Election Commission of India (ECI) on Thursday held a video conference with the election officers of all districts and officers of the office of chief electoral officer, Manipur.

During the conference, the deputy election commissioner Nitesh Vyas discussed the status of poll preparedness and special summary revision in the state as well as the responsibilities of the district election officers in successful conduct of the election.

The agenda which were discussed during the meeting include – refining of electoral rolls and EPIC related issues, polling stations rationalisation, human resource, training of operation of EVM and VVPATs, training of election manpower, election material, law and order and district specific issues during legislative assembly election 2017, enrolment of 18–21 age group voters, among others.

The district election officers also highlighted the issues and shortcomings they faced in the preparation for the forthcoming general election to the Legislative Assembly of Manipur, 2022.

The ECI assured maximum support and assistance for the smooth conduct of the poll in Manipur. Vyas further added that medical certificates for PWDs will be required only for application of postal ballots. He also emphasised the significance of conducting Pre-FLCs (First Level Checking).

Issues of condition of warehouses and strong rooms as well as intermediate strong rooms were discussed. Expenditure sensitive matter was also highlighted. District election officers were instructed to recover arms on time as well as to ensure provision of Assured Minimum Facility (AMF) in all the polling stations.