‘UZO (Zomi) was formed for unification of Zo descendants’ 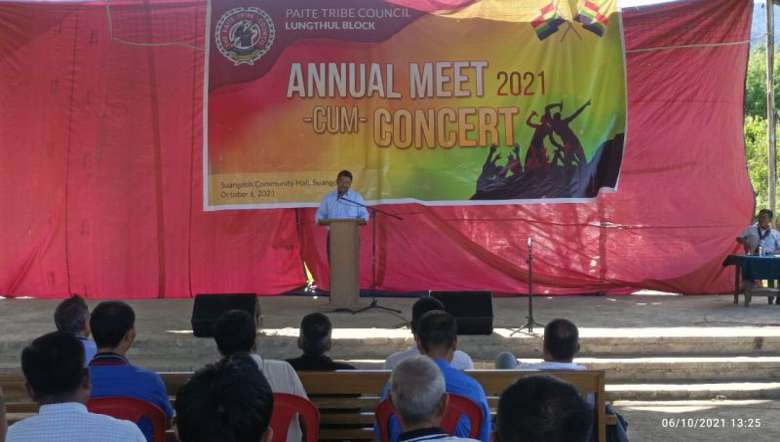 Hangkhanpau Taithul expressed his appreciation on being invited as chief guest by the PTC Lungthul block and said that though development is needed, the most important is sustainability.

The former MLA from Singat assembly constituency also said that he came to Churachandpur for the love of Zomi and Zoland. When a certain group withdrew from Zomi Council, the United Zou Organisation (Zomi) was formed in the year 2019 with the firm belief for unification of Zo descendants.

Suanchinpau Guite also lauded the organiser and highlighted the connectivity of various villages made under Hangkhanpau when he was their MLA for one term in 1997.

K Chinkhansuan lauded the organiser and talked about the history of PTC which had 13 blocks who are among the nine tribes constituting the Zomi or Zomi council.

As the Suangdoh village chief could not attend the programme, his secretary at the Village Authority, Pausuanthang took his place as chief host.