The CWAFM condemned the authority concerned for asking the achievers to give self introduction during an interaction programme with Vice President Venkaiah Naidu. 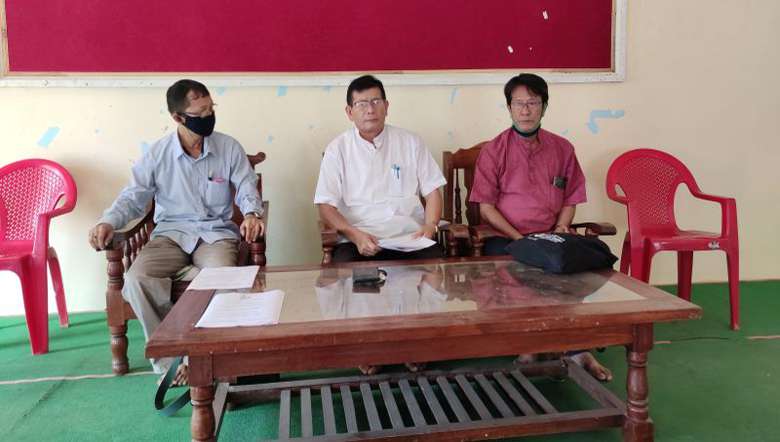 The Cultural Workers and Activists Forum Manipur (CWAFM) strongly condemned the authority concerned for asking the achievers to give self introduction during an interaction programme with Vice President Venkaiah Naidu and demanded apology from the state government for the humiliation.

In a press conference held at Manipur Press Club, CWAFM chairman Buddha Chingtham said that Vice President Venkaiah Naidu interacted with the Tokyo Olympians and achievers of Manipur at Durbar Hall, Raj Bhavan on Tuesday as a part of programme of his visit.

Among the achievers, five artists and culturalists were invited; however none of them attended the programme condemning the programme structure, he added.

As per programme schedule, the achievers were to introduce themselves which the artists felt was a humiliation and not a right way to treat the invitees, said Buddha while appealing to the authority concerned to apologise for such humiliating act.

He also said that despite Manipur’s glory in international level through art and culture, the state government has always betrayed this field. However, the artists and culturalists had never complained or urged to give recognition. Amid this situation, the government again humiliated the artists and it is very unfortunate.

Supplementing the press briefing, another member of CWAFM showed dissatisfaction over the state government’s decision to present the State Kala Akademi Award of the past years 2019, 2020 and 2021 into a single year. He also appealed to the government to withdraw such a decision.