Cricket- The teacher of life

The unselfish cricketers continuously teach us that despite hard competition for success or hunger for glory; sportsmanship, values, honesty, dignity, self-respect and accountability can never be compromised at any cost. 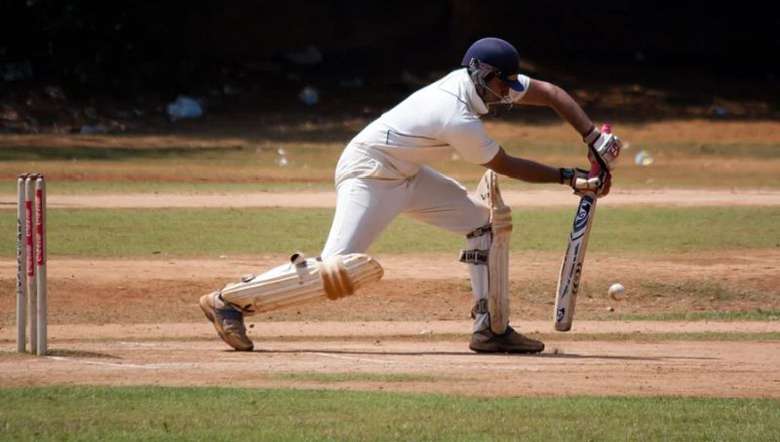 Cricket might be a very interesting game, popular and money-spinner as well; but at first it is a great teacher which shows us the right path to lead an ideal life.

Let us take the example of the batsman. It is absolutely irrelevant whether he had hit a boundary or got absolutely beaten in the previous delivery. The thing which matters the most is the upcoming next ball. If he plays it well and concentrates equally for the next ball, he can go on to crack a century or a match-winning innings. Thus, it can be deduced that instead of thinking about the past or pondering about the future, we should concentrate on the immediate task of today so as to make a bright future.

As far as the bowlers are concerned, they know very well that each and every delivery will not fetch wickets. Yet they try their best in every delivery so as to find success. So the bowlers teach us to award maximum effort in our assigned task without worrying about the result.

In the World Cup final of 1983, India was dismissed at a pathetic score of 183. During lunch break, did anybody visualize that India would ultimately win the trophy by demolishing the great West Indian team of Clive Llyod? But the fact remains that the Caribbean innings folded out in the score of mere 140, thanks to the spirit and never-say-die attitude of the otherwise ordinary Indian team. Doesn't this match teach us that despite our limitations, we can excel in any field if we try sincerely without losing hope or getting disheartened? The story of Pakistan's World Cup success is painted by the same colour of valour. In the early matches of the 1992 World Cup, Pakistan was not playing quality cricket and found itself on the verge of elimination right in the league stage itself. But that lion-hearted Imran Khan had other ideas! Leading a bunch of highly talented fighters; Khan ensured a brilliant comeback, winning matches after matches culminating in a triumph over England at the  Melbourne final. While Sri Lanka had never got promoted from the league stage in the first five World Cup tournaments, it went on to win the greatest trophy in the 1996 version at Lahore and that too without losing a single match! Yes, the sport of cricket teaches us that there is no substitute for courage, perseverance and tenacity and all barriers of Himalayas or oceans can be conquered through those traits.

Again innumerable cricketers failed to make any impression during debut or initial days. Still they went on to become institutions of cricket thereby proving that with repeated sincere efforts, success is bound to be achieved.

Now let's have a look at the cricketers transmitting light of ethics in this bad big unprincipled world. At first the just concluded "Pink Test" between Indian eves and their Australian counterparts at Carrara! Half-hearted appeal by the Aussie bowler and the wicketkeeper, Umpire signalling not-out, no provision of DRS to reverse the decision; yet Punam Raut walks off the field with her individual score being a not-so-handsome 36 ! This is called ethics values sportsman spirit and call of the conscience! Smriti Mandhana might have shown her excellence with the bat with a sparkling century in the second day of the "Pink Test"; but without belittling her achievement, it must be said that Punam's stance overrides all. She has once again reminded us that all can be sacrificed for the sake of ethics; but ethics cannot be sacrificed for the sake of anything despite the lure of material gains or personal milestones in this cut-throat competitive world.

In this context, we should have a look at a few such liberal gestures as well from the pages of the past. Whenever he used to nick behind the wicket, Adam Gilchrist never waited for the verdict of the umpire. Rather he used to immediately start for the pavilion. Again during the crucial league match between Pakistan and West indies during the 1987 World Cup, the bowler Courtney Walsh could have easily broken the wicket as the non-striker Saleem Jaffar had left the crease in excitement before the completion of the delivery. Had he done that unsporting act(though absolutely legal), West Indies could have won the match and reached the semi-final. But Walsh had preferred to maintain his dignity so as to respect the spirit of the game and sacrificed the interest of his team. Next, how can we forget that liberal act of the Indian captain Gundappa Vishwanath who had called back England’s Bob Taylor just because the umpire had erroneously declared him out? Some fielders promptly declare that they have not taken the catch cleanly, thereby aiding the interest of the batsman.

Yes, these unselfish cricketers continuously teach us that despite hard competition for success or hunger for glory; sportsmanship, values, honesty, dignity, self-respect and accountability can never be compromised at any cost. Each and everything can be sacrificed for the sake of goodness, but goodness cannot be sacrificed for the sake of anything.

This is the inherent greatness and beauty of cricket --- the game of the gentleman and of course gentlewoman like Punam Raut!

Also when political world transmits the unholy message "Nothing succeeds like success" and guided by it, all sorts of immoral somersaults can be committed in the drop of a hat just to serve petty personal or party interests; Punam Rauts assure us a sense of sanity and principles with a feeling of optimism that all have not been lost.