The meet was attended by leaders from different communities, including Milong, Kom, Chiru, Kuki, Gangte and others. 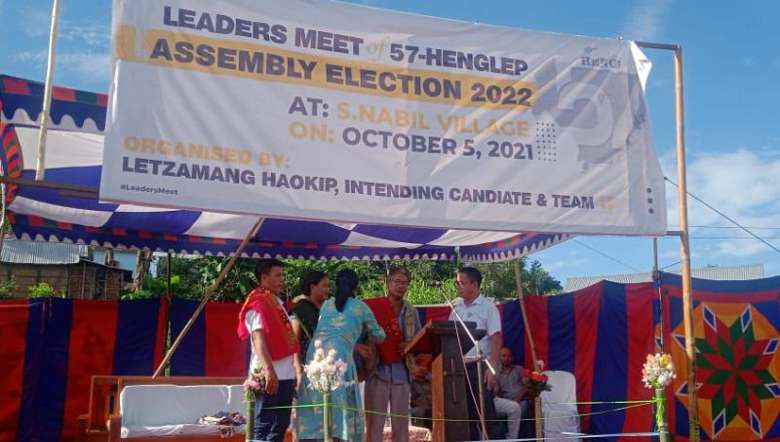 The meet was attended by leaders from different communities, including Milong, Kom, Chiru, Kuki, Gangte and others.

On the occasion, Letzamang said that so far he has not started campaigning but has been meeting leaders and chiefs as the election is still a few months away. However, there is a need for a certain strategy to make, unlike last assembly election in 2017 which he lost.

“Henglep is a complex place and most backward sub-division along with Chakpikarong in Manipur which need developments and I intend to bring that,” said Letzamang.

Today’s programme was a humble start and many attended the leaders meet, which is grateful to witness, he added.