The COVID-19 death toll in Manipur also surged to 1,871 as three more persons from Imphal West died due to the infection. 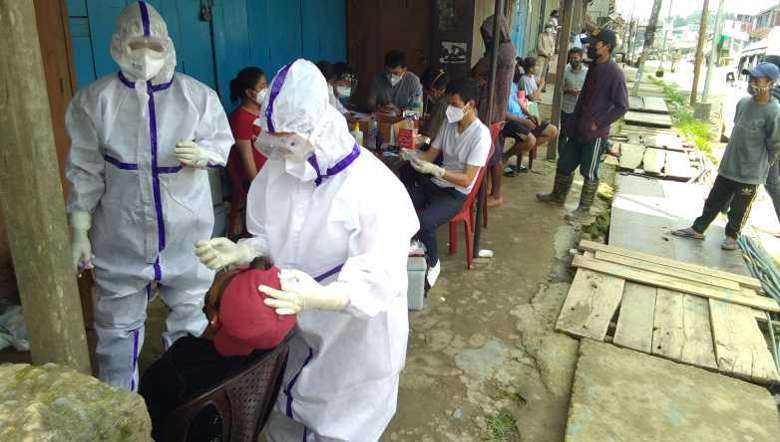 Manipur on Tuesday recorded 157 new COVID-19 positive cases, taking the state's confirmed caseload to 1,21,303, according to the latest update by the state health department.

As per the update, a total of 2,681 test results were received on Tuesday, of which 157, including 10 Central Armed Police Force (CAPF) personnel, were found positive for COVID-19. The daily positivity rate increased to 5.9 per cent.

Imphal West continues to report the highest number of daily COVID-19 positive cases with 107 cases (99 from the general population and eight from the CAPF). The other new positive cases included 25 from Imphal East, eight from Ukhrul (six from the general population and two from the CAPF), four each from Thoubal and Churachandpur, three from Bishnupur, two each from Pherzawl and Tengnoupal, and one each from Chandel and Tamenglong, according to a release issued by the state COVID-19 Common Control Room.

The COVID-19 death toll in the state also surged to 1,871 as three more persons from Imphal West died due to the infection. Among the COVID-19 victims, two had comorbidities and two were vaccinated with the first dose, it stated.

According to the release, there are 451 vacant general beds and 117 ICU/HDU beds of COVID-19 in seven hospitals of Manipur.