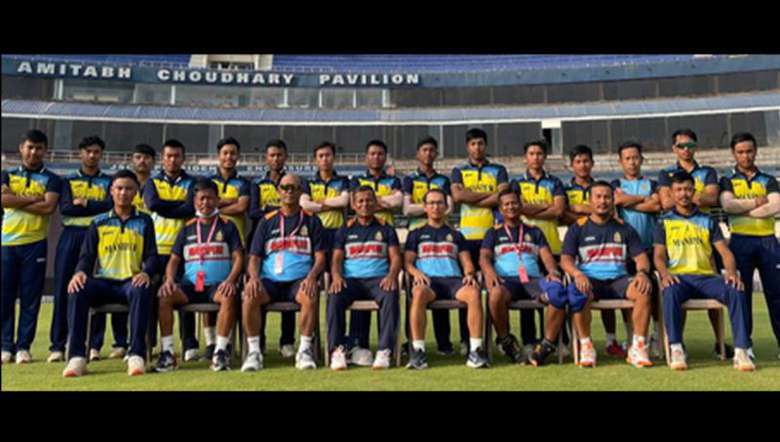 By far this is the best outing for Manipur cricket as they have managed consecutive victories under the new Head Coach Doda Ganesh in Vinoo Mankad Trophy. However, Manipur lost their opening game against Nagaland by 6 wickets.

In the fourth match, Mizoram after winning the toss opted to bat first with Sahil Sharma providing a solid start, hitting 60 runs from 104 balls while Hruaia lent support with 20 runs to push the total to 150 runs for 9 wickets from 50 overs.

Sabinus contributed 17 runs while Ruatfela made 19 runs and Malsawma remained unbeaten with 10 runs.

For Manipur, Suresh Singh was the most successful bowler claiming 3 wickets for 12 runs from 6 overs while Ph Jotin got 2 wickets for 10 runs from 10 overs and Dominic, Kadamjit, Samsung fetched 1 wicket each.

In reply, Manipur top order batsman clicked for the day with wicketkeeper opener Rohit making 41 runs from 81 balls while Somokanta Singh got 26 runs. Other batsmen including Suresh Singh with 12 runs, Ulenyai with 12, Roger with an unbeaten 14 runs and skipper Ph Jotin also unbeaten with 28 runs chipped in to reach the target in 34.5 overs for 4 wickets.

Mizoram bowler Johan got 2 wickets for 24 runs while Malsawma, Rinsanga fetched 1 wicket each.