The Joint Action Committee against the Brutal Murder of Athuan Abonmai appealed to all to continue participating and extending support and cooperation in the days ahead as the JAC is determined to continue the movement. 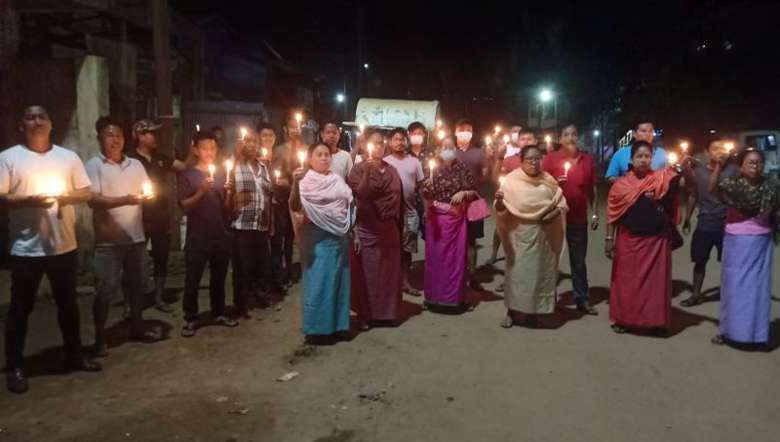 The Joint Action Committee Against the Brutal Murder of Athuan Abonmai on Monday stated that the peoples’ movement against the state government will continue until justice is delivered to late Athuan Abonmai.

The JAC in a release, appealed to all to continue participating and extending support and cooperation in the days ahead as the JAC is determined to continue the movement.

However, the JAC is surprised to see some individuals trying to mislead the general public by uploading and circulating misleading information on some social media groups, which in fact, is an intentional and deliberate attempt to sabotage the people’s protest movement, it stated. Despite these attempts, the people’s movement can neither be sabotaged nor defeated and the 24-hour statewide total shutdown called by the JAC was successful, it added.

The JAC will continue with democratic forms of protests until the charter of demands placed by the JAC are fulfilled. It is high time for the people of the entire state to rise above caste and creed that the lives of the people are not put to risks anymore but to put an end to this kind of killing by any individual or groups in the future, the JAC stated.

The peoples’ participation, support and cooperation extended to the JAC calls for justice for the departed leader is a clear manifestation of the united voice of the people reflecting the people’s anguish and sentiment and at the same time sending a clear message to all to shun violent activities as the people are fed up of killing people by armed groups, it added.

The protesters held placards with the slogans ‘we condemn the brutal killing of Athuan Abonmai’, ‘arrest the culprits’ and others. The three organisations also affirmed to support any step taken up by the JAC.