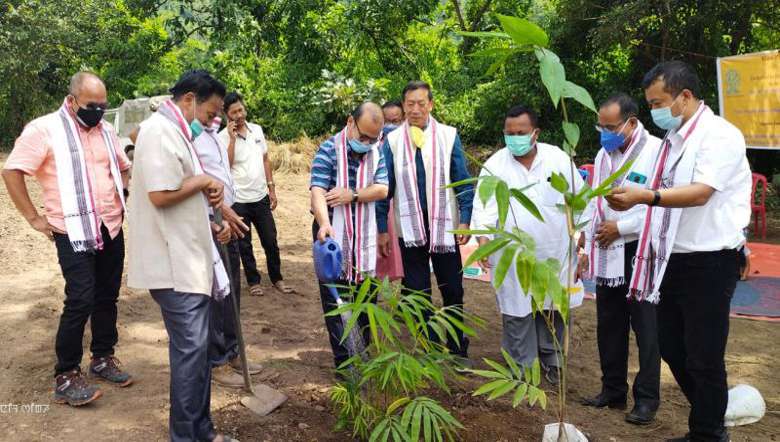 AIMS director Atom Sunil Singh stated that the establishment of a Bamboo Park in Manipur is RK Ranjan's long dream and is dedicated to his daughter's birthday, Late Diana Rajkumari. The programme began with with  one-minute silence for the departed soul, it stated.

Speaking at the programme, CSIR-NEIST senior principal scientist H Birkumar Singh asserted that bamboo is the most potential bio resource. However, people of Manipur, do not understand these potentials. We cannot develop without knowing our resources, Singh added.