The vice-president said that various progressive measures taken by the government would help Assam and other Northeastern states to scale higher peaks of progress and development in the future. 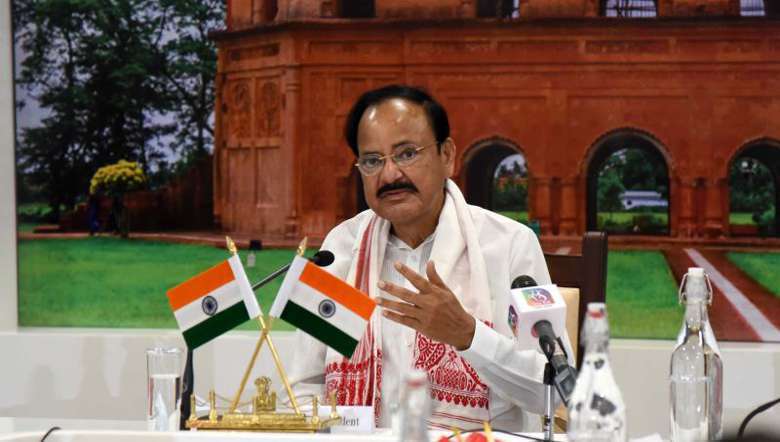 Vice-President M Venkaiah Naidu asserted that the Union government is focused on promoting all-round development of the Northeastern region.

Addressing a gathering after presenting ‘Lokpriya Gopinath Bordoloi Award for National Integration and Contribution’ at a function in Guwahati on Sunday, the vice-president said that various progressive measures taken by the government would help Assam and other Northeastern states to scale higher peaks of progress and development in the future.

“As initiatives over the past seven and a half years reveal, development, peace and prosperity have been the top priorities for the Central government”, the vice-president said and cited the example of the historic Karbi Anglong Agreement to end the decades-old crisis ensuring Assam’s territorial integrity.

Naidu expressed confidence that Assam will be a shining example of development in the Northeast. He also referred to the Central government’s thrust to improve air connectivity in the Northeastern region.

The vice-president said the government’s focus on the need for accelerated progress of the Northeast can be gauged from a range of initiatives, including the NER District SDG Index and Dashboard, a collaborative effort by NITI Aayog and Ministry of DoNER, with technical support from UNDP. He said it is the first of its kind in the country and of critical significance to the country’s development curve.

"Lokpriya Gopinath Bordoloi’s statesman-like personality had transcendental appeal and people across communities, denominations and political affiliations looked up to him. While more than seven decades have lapsed since his premature demise, he occupies a revered place in the hearts of the people of Assam in particular, and of the Nation in general," the vice-president added.