Protests will continue until a final settlement is arrived at and justice is delivered, JAC convenor. 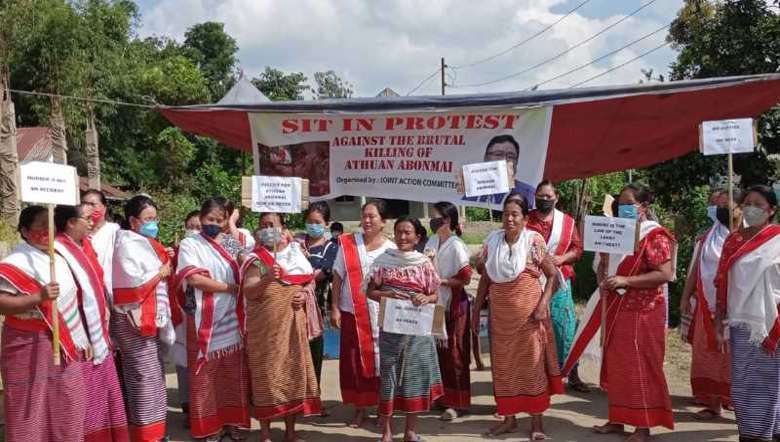 The Joint Action Committee (JAC) Against the Brutal Murder of Athuan Abonmai has decided to go ahead with the 24-hour statewide total shutdown as the third round of talks with Manipur Chief Minster N Biren Singh on Sunday failed to reach any settlement.

As announced earlier, the 24-hour statewide total shutdown will come into effect from Sunday (October 3) midnight till Monday (October 4) midnight and other democratic forms of protests will follow until a final settlement is arrived at and justice is delivered, JAC convenor Majabung Gangmei said in a statement.

Gangmei stated that on invitation of Chief Minister N Biren, the JAC held its third meeting with him at his bungalow in Imphal at 6.30 pm Sunday.

During the discussion, the JAC reiterated the charter of demands, including the suspension of the district magistrate/deputy commissioner and superintendent of police of Tamenglong as the unfortunate incident took place because of their negligence, inefficiency and conspiring in committing the crime, he stated.

Chief Minister N Biren said that the abduction of Athuan Abonmai was not informed to him timely by the DC and SP, he further stated, adding that this is one of the valid grounds which is enough to suspect their nexus with the perpetrators which warrant their immediate suspension if not termination.

The meeting ended with the assurance that the chief minister will do the needful at the earliest, said Majabung.

The protest is being organised under the aegis of JAC against the brutal killing of Athuan Abonmai.

Protestors demanded speedy justice for Athuan Abonmai, asserting that such killings should not happen again in the future. Lives must not be taken in such a way whether Athuan Abonmai committed any offences or not, they said.

Placards that read, ‘We condemn the brutal killing of Abonmai’, ‘we demand justice’, ‘no justice, no rest’, ‘no justice, no peace’, ‘deliver justice at the earliest’, ‘where is the law of land?’, ‘Am I next?’ were also displayed by the protesters.

Protests broke out in Manipur demanding justice for the tribal leader while Chief Minister N Biren Singh admitted that the leader’s death could have happened due to lapses in security.

The case was handed over to the NIA on September 26 after the state Home department suspected NSCN (I-M) cadres behind the murder.

Athuan Abonmai’s body was found on September 22 near Pallong village under Tamei sub division in Tamenglong district, hours after he was abducted from where the chief minister was attending a function during his visit to the district.

A 24-hour shutdown from the midnight of October 3 was called by the JAC formed to seek justice for Athuan Abonmai.