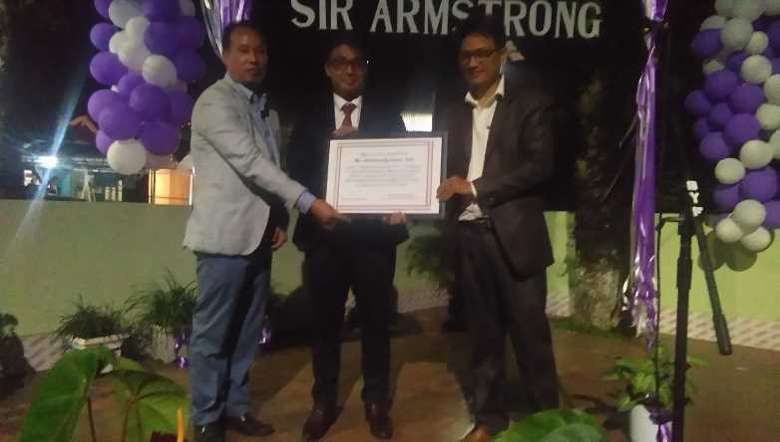 Amid high emotions and mixed feelings, district level officers and people of Tamenglong extended best wishes to Pame and expressed their gratitude to him for the service rendered to the district during his tenure. Gifts and songs were presented for the outgoing DC.

Speaking at the occasion, Pame expressed gratitude for the support extended to him by the staff for the several works carried out in the district. He also said that bringing Tamenglong-Halflong road was one of his dreams.

He also spoke about the construction of a natural grass football ground in Tamenglong HQ and said “When I was studying in class 3, my mother borrowed school uniforms from neighbours, and I was made to join a parade and give salute to the deputy commissioner Tamenglong on a muddy, slushy ground,” he said.

“When I came to Tamenglong as DC, I found children still performing on a waterlogged ground during August 15 or Independence Day celebration. I dreamt of constructing a better ground, and it is completed and my dream has come true,” Pame said.