The complainant appealed to the state government and other authorities concerned to initiate legal action against former Tamenglong ADC official Dipu Gangmei. 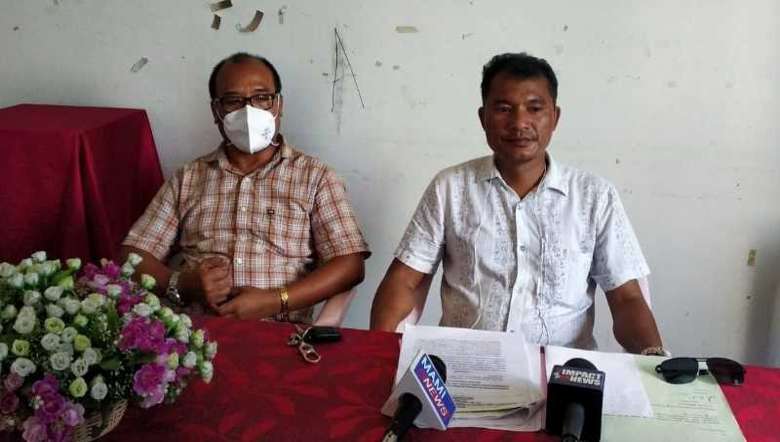 Former chief executive officer of ADC, Tamenglong, Dipu Gangmei has been alleged by several work agencies of misappropriating public funds of more than Rs 18 crore that was sanctioned during 2017-2018 under 14th Finance Commission and 3rd Manipur Finance Commission.

An amount of Rs 18,02,30,072 is found withdrawn by Dipu, who is now the DC of Kakching in cohorts with elected ADC representative of Tamenglong district, without any execution of the works but in papers, alleged a work agency Alan Kamei while speaking to the media at the guest house of MBC in Imphal on Friday.

In this regard, the work agencies had filed complaints to the State Vigilance department and the Lok Ayukta, he added.

He also explained that the matter came to light through an RTI application filed by various rights activists from the district regarding the funds sanctioned and the execution of various development works at the district.

However, those who had filed complaints to the State Vigilance and Lok Ayukta had been put under threats and intimidation by the former chief executive officer and ADC representatives in connivance with NSCN (I-M), telling them not to raise the issue of such corruption, the work agency further alleged.

Concerning the threats and misappropriation of funds, a memorandum has been submitted to Governor La Ganesha on September 28, seeking his intervention in taking legal action against those perpetrators, Alan further said.

He then appealed to the state government and other authorities concerned to initiate legal action against Dipu and his associates, for their various unlawful acts.