The veteran politician said that arresting a few people in an arbitrary manner just to cover up the sensitive issue would not bring justice to Abonmai. 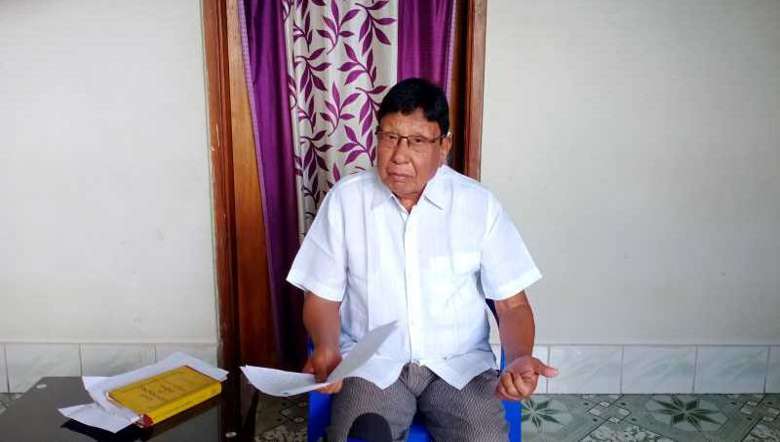 Chief Minister N Biren Singh must resign until the enquiry of Athuan Abonmai murder case is completed to get fair justice, said veteran politician O Joy during a press conference held at his residence at Kakwa on Friday.

He said that murder of public leader Athuan Abonmai, who always stood for unity and integrity of the state, was a close friend of the CM. However, he was abducted from a government function.

"I could say that murder of Abonmai is a political conspiracy. Biren also accepted the lapses and negligence of the government during the fateful incident. As such, the CM himself should resign as the principles of natural justice say ‘one cannot be a judge in his own cause’," said Joy.

He continued that the alleged abduction of Abonmai by NSCN (I-M) cadre who came in civil dress in front of large security forces clearly shows that there is no law and order in the state. There is also a report that NSCN (I-M) has three designated camps in Manipur, at Tamenglong (Buning), at Chandel and at Senapati.

Despite knowing everything, the state government cannot do anything against those camps even after 10 days of the brutal killing of Abonmai, he added.

Joy also said that the Centre not showing any interest in the murder case of Abonmai is highly condemnable.

He further said that arresting a few people in an arbitrary manner just to cover up the sensitive issue would not bring justice to Abonmai. The state government should first take action against the DC and SP of Tamenglong and suspend them from their posts.

People from every section are demanding for enquiry on the murder case by independent agencies like NIA and CBI. Investigation can be done by any government agency, however, fair justice will never be delivered until the chief minister gives his resignation, said Joy.