Chandel is the most vulnerable district to climate change, Directorate of Environment and Climate Change joint director T Brajakumar said. 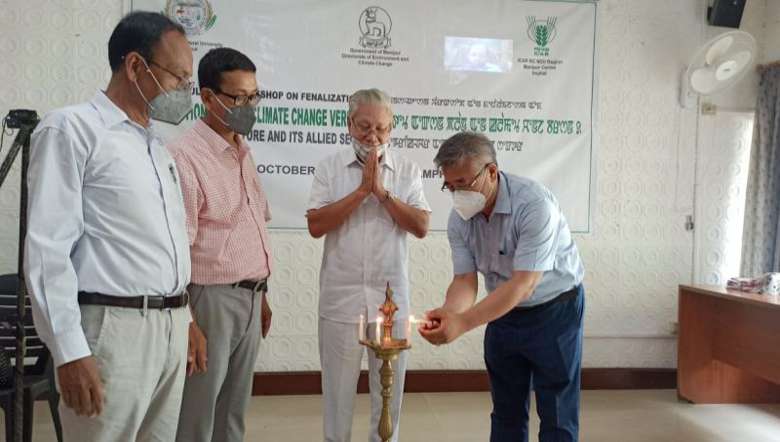 “Manipur recorded the highest rainfall deficit with 60 percent among the northeastern states of India. To minimise the impact of climate change effectively, collective effort from every section and line department is much needed,” said Directorate of Environment and Climate Change joint director T Brajakumar.

The joint director was speaking during a one-day consultation workshop on ‘Finalisation of State Action Plan on Climate Change Version 2 - Agriculture and its Allied Sector’ held at ICAR, Lamphelpat, Imphal West on Friday.

The programme was jointly organised by the Directorate of Environment and Climate Change, ICAR-NEH Region and Central Agricultural University, Manipur.

Brajakumar said that as per IMD report till September 30, all the northeast states of India are facing rain deficit. Among them, Manipur recorded highest rain shortfall and this will give a huge impact in the society particularly to the farmers.

He also said that according to their findings, Chandel is the most vulnerable district to climate change. In the entire country, Manipur is in fourth rank in vulnerability index declared by the Government of India recently.

During the programme, papers were presented in connection with the issues of climate change, agriculture and its allied sectors by the academicians.