Ideology of Congress is to unite while that of BJP is to divide: Jairam Ramesh

Jairam Ramesh, AICC poll observer for Manipur arrived in Imphal for the second time in two months in view of the upcoming state assembly election. 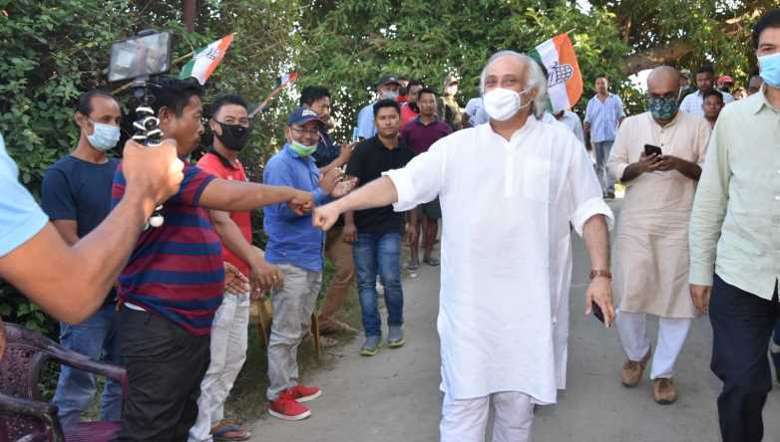 Former Union minister and All Indian Congress Committee (AICC) poll observer for Manipur Jairam Ramesh has said that “the difference between the Congress and the BJP is that the ideology of the former is to unite while that of the latter is to divide.”

Jairam Ramesh made the statement while speaking at the ‘One-day unity/ booth level workers conference’ held at Uchiwa Kabui Khul on Friday.

The AICC poll observer for Manipur arrived in Imphal for the second time in two months in view of the upcoming state assembly election. He was accorded a warm welcome by working president of the Manipur Pradesh Congress Committee (MPCC) Irengbam Hemochandra and other leaders and workers of MPCC.

In his speech at the conference, Jairam said the Congress party wants to protect Manipur; however, the BJP wants Manipur to be controlled from Nagpur.

“What you eat, whom you pray to, what book you read, how will you dress; all this will not be determined in Manipur but from Nagpur,” he said. There is a need to preserve and protect the society of Manipur and only the Congress party can do that, he added.

Jairam Ramesh will be staying in the state for five days, sources said.