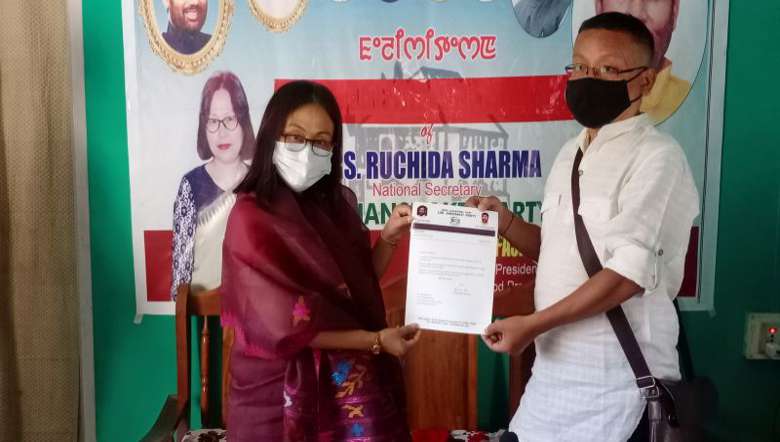 In an effort to strengthen the party in Manipur, Lok Janshakti Party (LJP) state unit has appointed RK Rakesh as president of its Youth Wing in the state.

The appointment letter approved by LJP national president Pashupati Kumar Paras was handed over to the new youth president by party national secretary Ruchida Sharma in a small function held at her residence at Uripok, Imphal on Friday.

Speaking on the occasion, Ruchida expressed the hope that the new youth president will make every effort to make the party "organised, strong and belligerent with full promptness of body and mind".

She said participation of energetic youths in politics will help in bringing tremendous positive changes in society.

Regarding the upcoming Assembly election in the state, she said that the party is yet to decide its candidate.

In regards to the controversy among the party's national leaders, Ruchida said that it will not affect the party's state unit.

All the members and leaders of the state unit are still standing firm and are giving their best efforts to strengthen the party in the state, she added.

Rakesh told mediapersons that he will stick to the party's ideology and will take up various welfare and developmental works under the guidance of the party leadership.